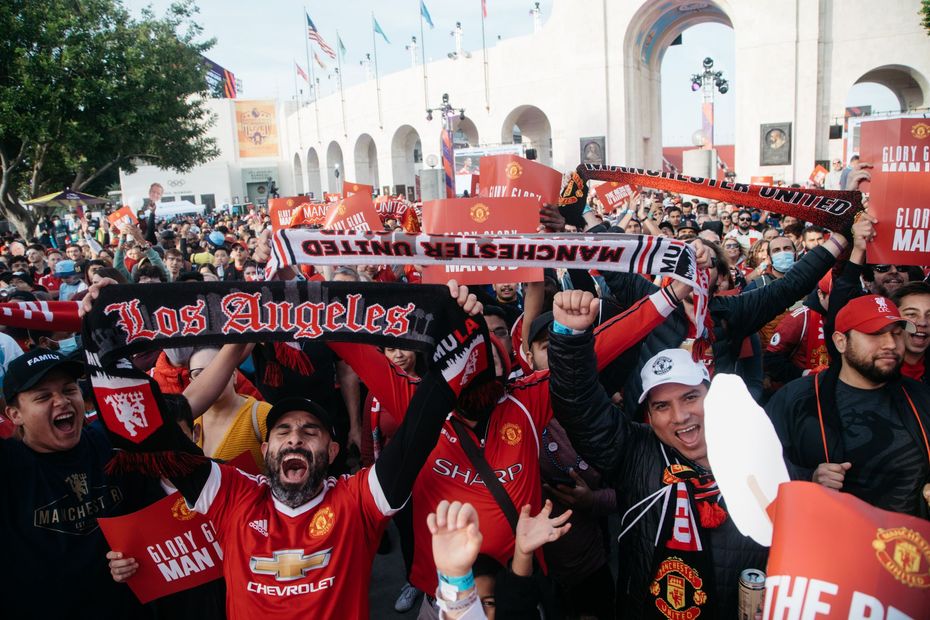 California knows how to party 🙌

From sunrise to sunset, the West Coast showed up and showed out at LA Fan Fest! The real stars of the weekend were the fans ⭐️#MyPLMorning pic.twitter.com/359cSK3Ezq

Coach Beard weighs in on how many @AFCRichmond fans he thinks would be in attendance at our PL Fan Fest in LA 🎤@brendanhunting @TedLasso pic.twitter.com/Nf05dOD5hQ

In total nearly 8,500 fans lined up from the early hours to attend the two-day event so they could watch Premier League action broadcast live, as well as having their photos taken with the Premier League Trophy and meet mascots and former players.

Indeed, such was the atmosphere generated at the event that a minor earthquake that took place in the vicinity failed to be registered by those attending.

"It is absolutely brilliant to see so many West Coast fans up and out so early in the morning," Shearer said.

"The atmosphere has been fantastic and we have had loads of goals, which has given fans plenty to cheer about."