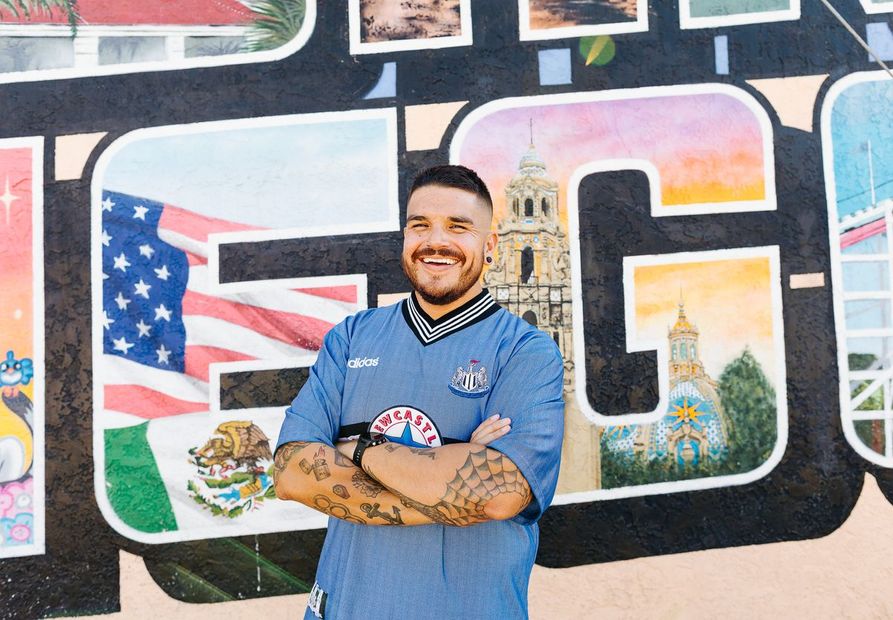 Premier League passion in the US: Fans' stories
Premier League Mornings Live is coming to LA External Link
Matchweek 7: Where to watch on NBC Sports

Meet Shade Hardline, a punk rocker from San Diego whose love of Newcastle United brought him even closer to the ones he loves most.

"I tell everybody that’ll listen, I went up the steps to St. James' Park in 2012 as a tourist and 90 minutes later, I came down a Geordie.

"It was pretty crazy, to be this Mexican-American going over to Newcastle to play rugby (and go to grad school) and then falling in love with the city.

"I was raised by my grandparents, who I call mom and pop. I’ll never forget the time I called the house and was talking to them both, and my mom was like, 'I watched the game on the weekend.'

"She said, 'I watched it because maybe I'd see you on TV when they show the fans.' So watching became part of her routine, keeping an eye out for me.

"It kind of replaced the Lakers for us because that was the thing that held us together. In a weird way, she started watching it just because she wanted to make sure she had something to talk to me about when I’d call and then she totally caught the bug.

"We went to St. James' Park together. I showed them all my favorite spots in Newcastle.

"It was really special for me because I hold Newcastle so dear in my heart and, growing up, you know that your grandparents might not be there for every milestone you have in life.

"It's funny, a lot of the people that I interact with out there, they just think it's crazy that this first-generation Mexican woman and her husband are Geordies now because of me.

"I moved home and she continued watching. I would go visit and we'd watch it together. We watched a lot of games and then unfortunately she got sick.

"We watched every game up until the day she died.

"Newcastle United has given me so much. It gave me sanctuary.

"It gave me something to bond with my mom and pop as I got older and came home. It’s given me so much and continues to do so.

"I'm really, really grateful that I was able to give a bit of that back to my grandparents and watch that kind of grow with them as well.

"And now it's woven into our family.”