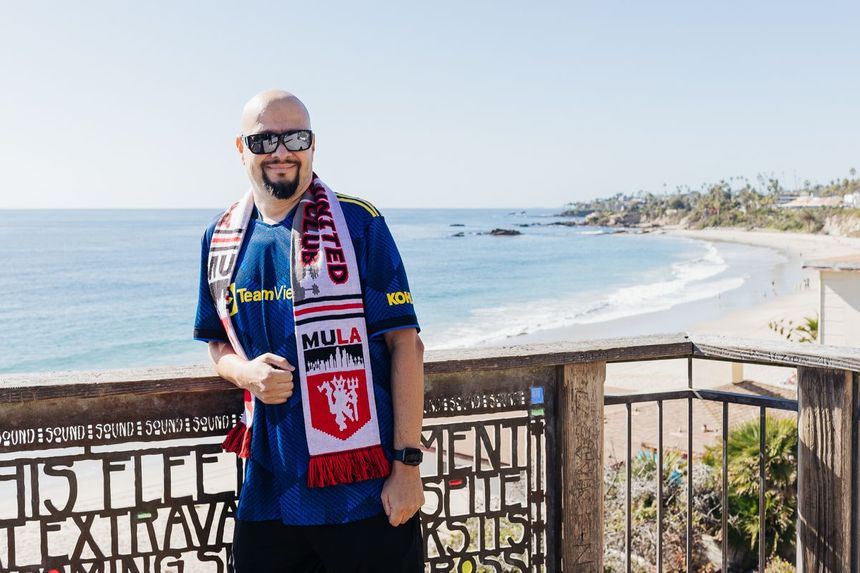 Following the Premier League Mornings Live fan festival in Los Angeles, California this weekend, a Manchester United fan from Los Angeles who kept on fighting even when the going got tough, just like his football club.

"My family is not foreign to struggle. You know, getting back up when you get knocked back down. That's why I always come back to United.

"I was told the story of the Munich disaster. How United almost fell apart. The loss of life. The first English team to leave the country and play the greats of Europe and practically being destroyed in the snow in Munich and rising from the ashes, and that’s the epitome of what United's about.

"I am a quintuple bypass surgery survivor. It's a pretty shivering thing to be told by your surgeon that you're down to 30 per cent heart capacity, but that with this surgery you potentially could get back to about 70 per cent, which is what most normal people have.

"I can't help but laugh at the similarities in my club and myself. It could have been a disaster. I mean, the doctor said I could've keeled over and died in front of my son.

"I could've just avoided the whole heart thing but I'm not a quitter, so I just decided to buckle down, and fight on. In life, I think that you can either buckle up or you thrive. I'm the type of person that is gravitated to people that have a can do attitude.

"My wife is of the same token. About a year before I had my surgery, she was diagnosed with breast cancer.

"She had a double mastectomy and I helped nurse her back to health. My son, he's autistic, but we diagnosed him early when he was two years old.

"He’s a humongous United fan. I'm looking forward to the day when he's old enough and we can just bounce to Manchester for a weekend together.

"My son is fantasizing about the day that he jumps on the plane with me and we go. Our relationship is everything.