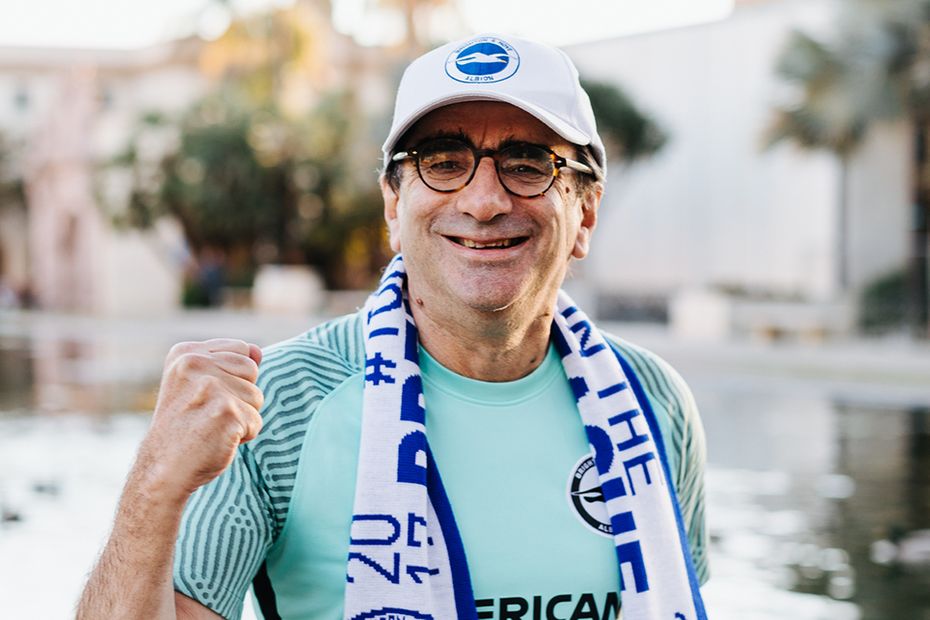 "For most of the past 20 years I’ve lived in Southern California.

"I still have my Brighton season ticket. I just never gave it up, even though it was a ludicrous investment. I mean, what the heck am I doing? I see maybe five or six games if I'm lucky.

"But I've held on to it. What I'm able to do for any Brighton fan here in the United States that goes over for the odd weekend, I just give them my ticket. I say, ‘Go and experience it. Come back and then tell America the stories.’

"There’s a woman going over from our Stateside group this weekend for the Man City game. It's something that I'm so happy to be able to do for others.

"Over the last two years, nobody has been able to use it because of COVID-19 but before that, roughly 25 Americans have visited over the last six or seven years.

"It gives me great pleasure to see people's love for the club go to another level as a result of being able to use whatever I'm able to help them with. I'll continue to do that for as long as I’m able.

"I would love Brighton to become America's team. That’s not a particularly lofty goal, right?

"In many ways, it mirrors the American story of an immigrant coming over here and working their backside off in order to make something of themselves.

"Everyone loves the story of an underdog, defying the odds through the perpetuation of a certain style of play, a certain demeanor, a certain value system, being part of a community. If you could bottle that, that's Brighton & Hove Albion."