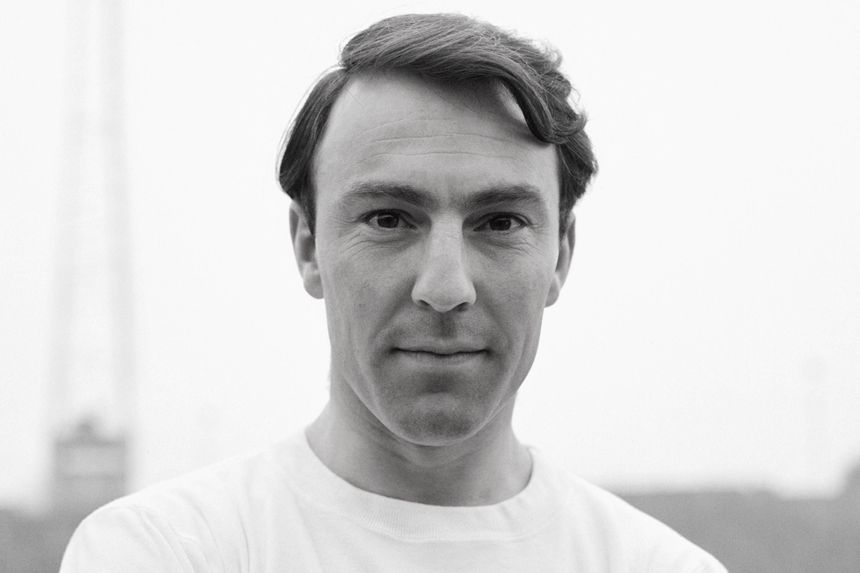 The legendary striker who also played for Spurs, Chelsea and West Ham has died aged 81

Former England striker Jimmy Greaves has died at the age of 81.

Greaves, a winner of the 1966 FIFA World Cup, passed away at home on Sunday morning.

"Football will not see his like again," read a statement on Tottenham Hotspur's official website. "We extend our sincere condolences to his wife Irene, their four children, 10 grandchildren and great grandchildren."

We are deeply saddened to learn of the passing of Jimmy Greaves at the age of 81.

Jimmy was part of our @FIFAWorldCup-winning squad and scored a remarkable 44 goals in 57 games for the #ThreeLions.

All of our thoughts are with his family, friends and former clubs. pic.twitter.com/CetXiwD25l

Greaves started his career at Chelsea, scoring 124 goals in 157 matches. His 41-goal haul in 1960/61 still stands as a club record for a single season.

Everyone at Chelsea Football Club is deeply saddened to hear of the passing of the great Jimmy Greaves.

Our thoughts are with his family and friends. 💙

He went on to spend nine years at Spurs, winning two FA Cups and scoring twice in the 1963 European Cup Winners’ Cup final as the north Londoners became the first British club to win a European trophy.

Greaves struck 44 goals in 57 England internationals and helped his country to World Cup glory during his time with Spurs.

Not just Tottenham Hotspur’s record goalscorer but the finest marksman this country has ever seen. 💙 pic.twitter.com/rQxyjBFofH

He finished his career with West Ham, netting 13 more times to take his tally to a record 357 goals in the First Division.

We are saddened to learn the news of the passing of Jimmy Greaves.

The Club sends its deepest condolences to Jimmy's family and friends. pic.twitter.com/7VbZvbffCz

Greaves went on to become a popular broadcaster, previewing the weekend's football on ITV and was appointed an MBE.

The Premier League offers sincere condolences to Jimmy's family, friends and all those who worked with him at this sad time.

There will be a minute's applause and players will wear black armbands in tribute at Sunday's three Premier League matches.