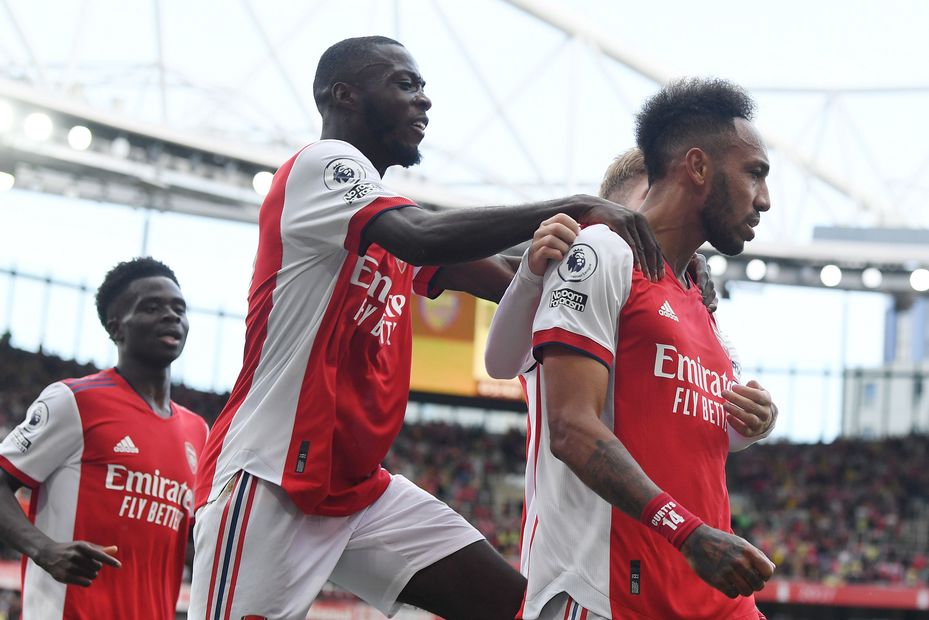 FPL team news: Richarlison, Pickford 'out for weeks'
How to check FPL bonus points during matches
Watch the latest FPL Show in full

A kind upcoming run of opponents gives Arsenal’s key players the chance to provide managers in Fantasy Premier League with a host of affordable differentials.

The Gunners claimed their first win and clean sheet of the campaign in Gameweek 4, defeating Norwich City 1-0 at Emirates Stadium, and they visit Burnley in Gameweek 5.

Yet just three of their players are owned in more than four per cent of squads.

According to the Fixture Difficulty Ratings (FDR), the Burnley trip is rated two and each of the Gunners’ following six matches score no more than three.

Goalkeeper Aaron Ramsdale (£4.5m) could appeal as a budget pick between the posts after making his debut in the victory over Norwich.

The left-back’s nine chances created rank joint-top for Arsenal and put him third among defenders this term.

Saka’s six shots in the penalty area in Gameweek 4 ranked second among all players, while Pepe earned his first returns for the season, supplying the assist for the winner scored by Pierre-Emerick Aubameyang (£9.9m).

Pepe’s six shots and six chances created both put him among the top two players in Fantasy in Gameweek 4, underlining his all-round potential.

Aubameyang played his first full 90 minutes of the season last weekend following illness, earning nine points for his strike against Daniel Farke’s side.

If he can build on his momentum, the Gabonese forward could provide a differential captaincy option at home to Crystal Palace, Aston Villa and Watford in the coming Gameweeks.