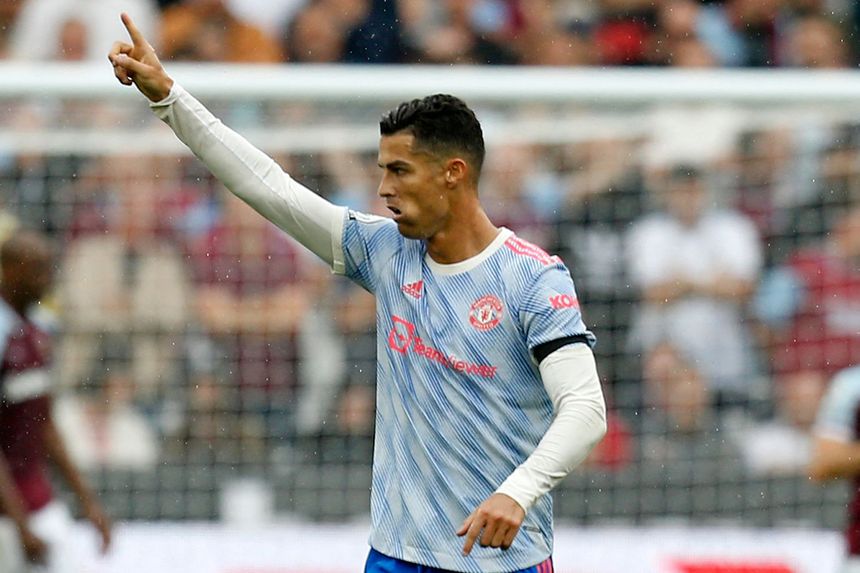 Cristiano Ronaldo (£12.6million) showed why he is already the second-most popular player in Fantasy Premier League this season with his third goal in two matches since returning to Manchester United.

Another 1.3million Fantasy managers snapped up Ronaldo ahead of Gameweek 5. He scored the opener in a 2-1 win at West Ham United and claimed six points.

Despite only being added to the game during the international break, Ronaldo already has 44.2 per cent ownership and is the second-most popular player behind Mohamed Salah (£12.5m), with 55.7 per cent.

More than 826,000 added Chelsea forward Romelu Lukaku (£11.6m) to their squads for the trip to Tottenham Hotspur, but they were frustrated as he failed to register attacking returns in the Blues' 3-0 win.

The decision of 626,000+ managers to buy Patrick Bamford (£8.0m) paid immediate dividends. The Leeds United forward supplied his second assist of the campaign for a five-point return in a 1-1 draw at Newcastle United.

There was joy for the 2.6million FPL managers who entrusted Liverpool's Salah with the armband in Gameweek 5 as the Egyptian produced his third double-digit haul of the season.

A goal and an assist for the Liverpool winger in the 3-0 victory over Crystal Palace, as well as a clean sheet, helped him to 12 Fantasy points.

It was the seventh match in a row against Palace that Salah has delivered FPL returns for his managers.

But we do accept credit for it. #FPL #LIVCRY https://t.co/V4iCvPHMty

Ronaldo was second in the captain rankings, with more than 1.7m opting to give him the armband.

Bruno Fernandes (£12.0m) completed the top three, but he failed to get a goal or an assist in the win at London Stadium.

Ahead of deadline, there were 108 managers ranked 100th or better, and 87 backed Salah as captain. Ronaldo took second spot as two players joined Lukaku in a tie for third.

Those who opted for Trent Alexander-Arnold (£7.6m), the defender with the most points in the game, were left disappointed as he was ruled out of Gameweek 5 due to illness.

Ferran Torres (£7.2m) took the final spot, but the Spaniard was an unused substitute as Manchester City were held to a goalless draw by Southampton.

More than 1.8m managers wasted no time in transferring out Michail Antonio (£7.9m). Despite only facing a one-match suspension, the West Ham forward was the most-sold player this Gameweek.

Injury ruled out Dominic Calvert-Lewin (£8.1m), who was shipped out by 664,000, while Fernandes continues to be sold in big numbers.

Fernandes was the most-owned player as recently as Gameweek 3 but has slipped to fifth as managers shuffle their squads to accommodate Ronaldo.