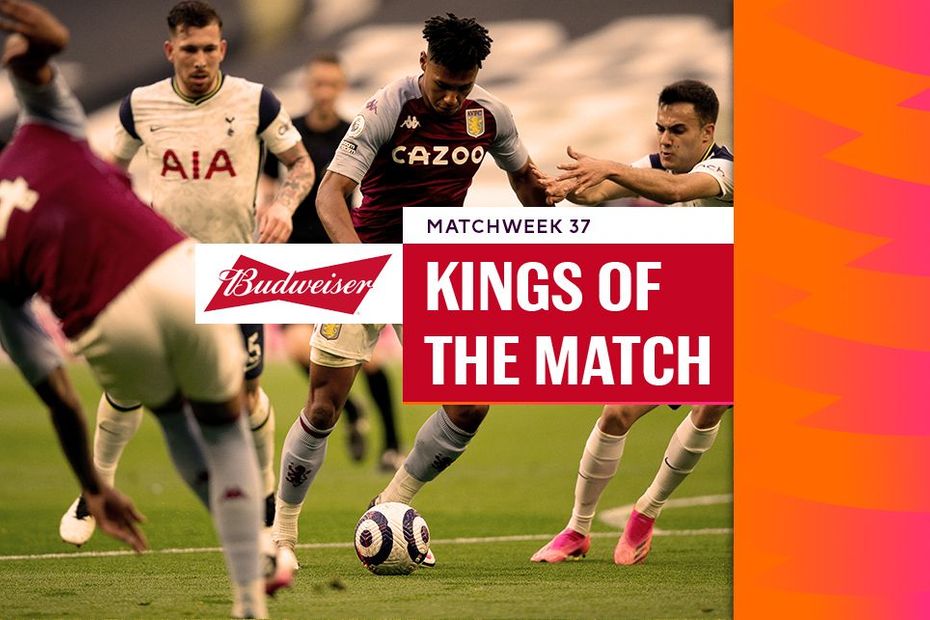 See which players earned the backing of supporters, including Aston Villa's Ollie Watkins

Supporters voted in their thousands to crown their Budweiser Kings of the Match in Matchweek 37.

The Manchester United playmaker created the opening goal and came close to scoring himself.

A constant threat throughout and scored the opening goal through the legs of Alex McCarthy.

Rudiger's second-half goal and solid defensive display helped Chelsea to a vital victory over Leicester City in the battle for a top-four spot.

The Everton forward headed in the decisive goal to boost his side's hopes of European qualification.

Watkins scored the winning goal to take his tally for the season to 14, earning nearly two-thirds of the fan vote.

The Ivorian's brace kept Arsenal's European hopes alive. He claimed an overwhelming 77.4 per cent of the vote.

A first PL goal earned the defender just over half of the fan vote as Liverpool moved into the top four.

He provided a late assist to leave West Ham United needing one point on the final day to secure a UEFA Europa League place.