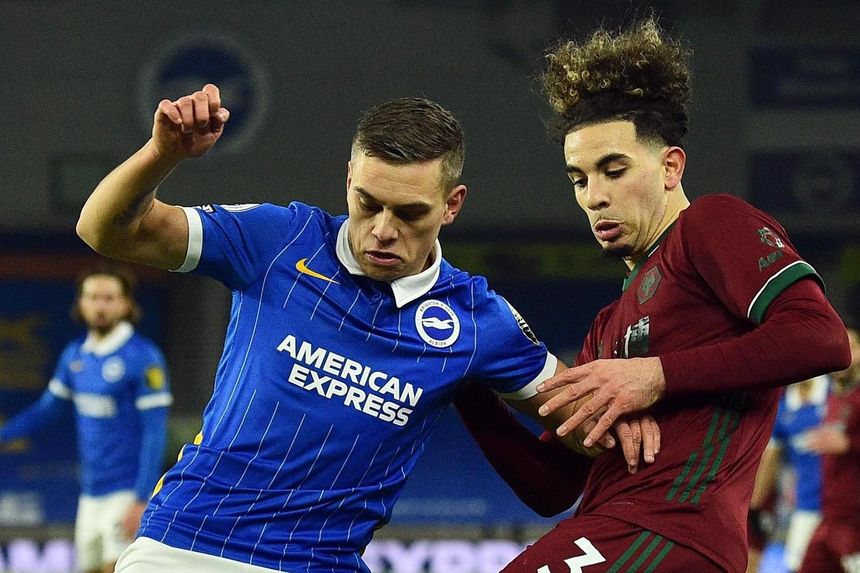 Wolverhampton Wanderers have never won a top-flight match against Brighton & Hove Albion in 11 attempts (D4 L7). It is the most one team have faced another in English top-flight history without recording a victory.

Adama Traore has completed 137 successful dribbles for Wolves in the Premier League this season, at least 52 more than any other player.

Danny Welbeck has scored five PL goals for Brighton this season, last netting more in a single campaign in 2013/14 with nine for Manchester United. His next goal will be his 50th in the competition.