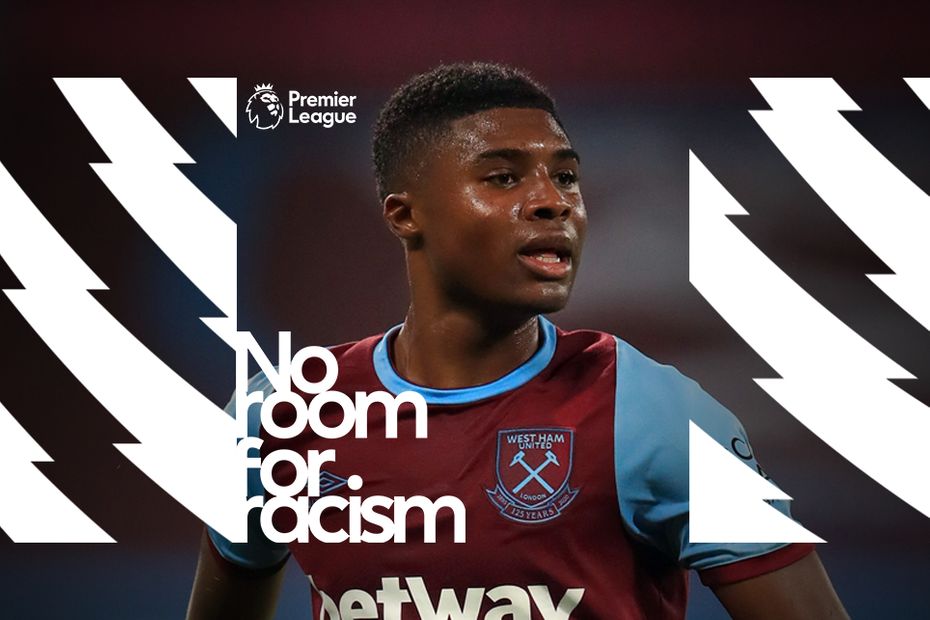 Townsend: We stand together in drive for equality
Premier League calls on fans to show there is No Room For Racism
How to report abuse on social media

"You need to have consequences for your actions, whether that's good or bad," Johnson said. "Social media platforms really need to do more, and quickly as well, because it seems like it's getting worse."

Through its central reporting system, the League supports players, managers and their families who receive discriminatory abuse. Each case is reviewed, reported to the relevant social media company and legal action taken wherever possible.

Nevin shared the wider impact that receiving offensive posts had on another person at West Ham.

"The online abuse that one of my colleagues received, in his own house, sitting with his young daughter as the message came through, obviously changed the mood of the day that he was having, impacted on his wider family," Nevin said.

"And I think these are the things that people don't really acknowledge, the depth of not only the individual that receives it but the wider ripple to the family and the people that are close to you."

Johnson himself has not received any abuse but knows those who have, and the negative impact it can have on their mental wellbeing.

"Anybody going through these types of things, it is difficult and can play on your mind for a prolonged time," he said. "It's not something you can just swat under the carpet.

"It can really take its toll on players and that's why it's highlighted so much now."

'Getting support is important'

Nevin has emphasised the importance of support networks in helping to deal with the impact of online abuse.

"Anybody that experiences any kind of trauma, it's really about getting support and acknowledgement from friends and family that can help in any way," he said.

"It's giving an assurance that it is unacceptable to have to feel and experience these kinds of things, and making the person feel very supported in either taking further action, which is one of the issues, and I think we're getting better at that."

West Ham and their fans play an important role in that support and, as part of their commitment to equality, diversity and inclusion across all areas of their business, the club were recently awarded the Premier League's Equality Standard advanced level.

"Here at West Ham there's a massive support from our fans and the way that we do things," Nevin said. "It's a hugely inclusive club and we feel pride in that, and I think that just adds to the resilience that we have to combat anything we may face."