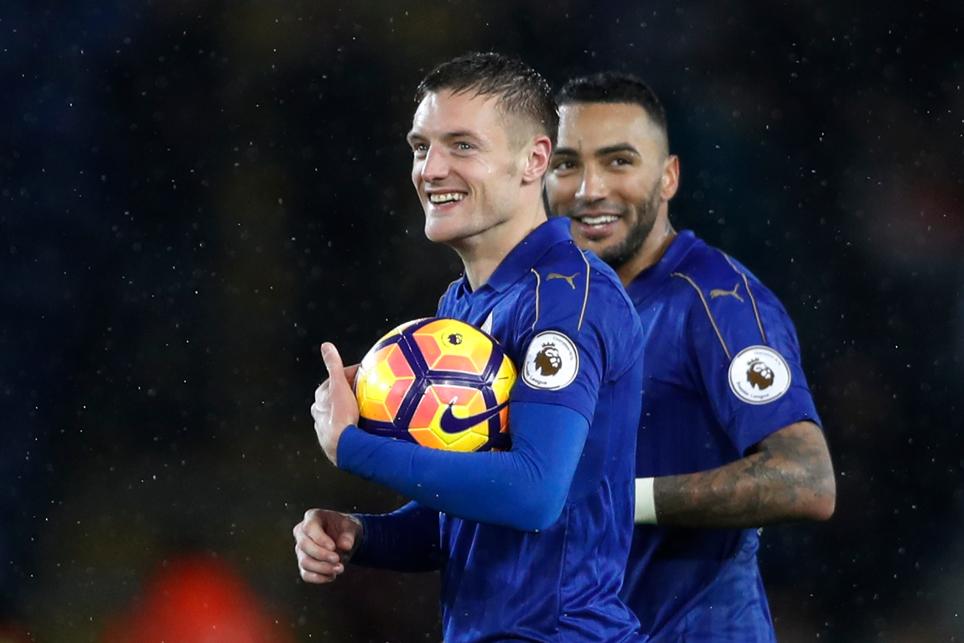 After ten Gameweeks without a goal, Tom Marsden could have been forgiven for losing confidence in Jamie Vardy (£9.6m).

But Tom's perseverance was to eventually pay off in spectacular style, as the striker's devastating hat-trick carried his Fantasy Premier League squad to the Gameweek 15 manager of the week accolade.

A member of the Leicester City supporters league, Tom had installed Vardy as his captain ahead of Gameweek 4, earning 12 points from the forward’s goal at Anfield in a 4-1 defeat.

He stuck by him ever since, with the armband remaining on Vardy over a ten-week period, returning just three assists.

The 34 points from the Foxes forward was a key factor but by no means the only driving force behind Tom's glorious Gameweek.

Once again we saw the Bench Boost chip in play for the weekly winner.

Crystal Palace’s Wilfried Zaha (£5.6m) and Robert Snodgrass (£5.6m) of Hull City were on opposing sides in Gameweek 15 in the 3-3 KCOM Stadium draw. They delivered from Tom's reserves, producing 16 and 10 points respectively.

Meanwhile, a Gameweek 4 swoop for Manchester City's Aleksandar Kolarov (£5.8m) also came to fruition: the Serbian recorded another 11 points having gathered Tom just two clean sheets prior to the weekend.

As manager of the week, Tom also wins a copy of FIFA 17, a Nike Ordem 4 match ball, Fantasy Premier League mug and rucksack.