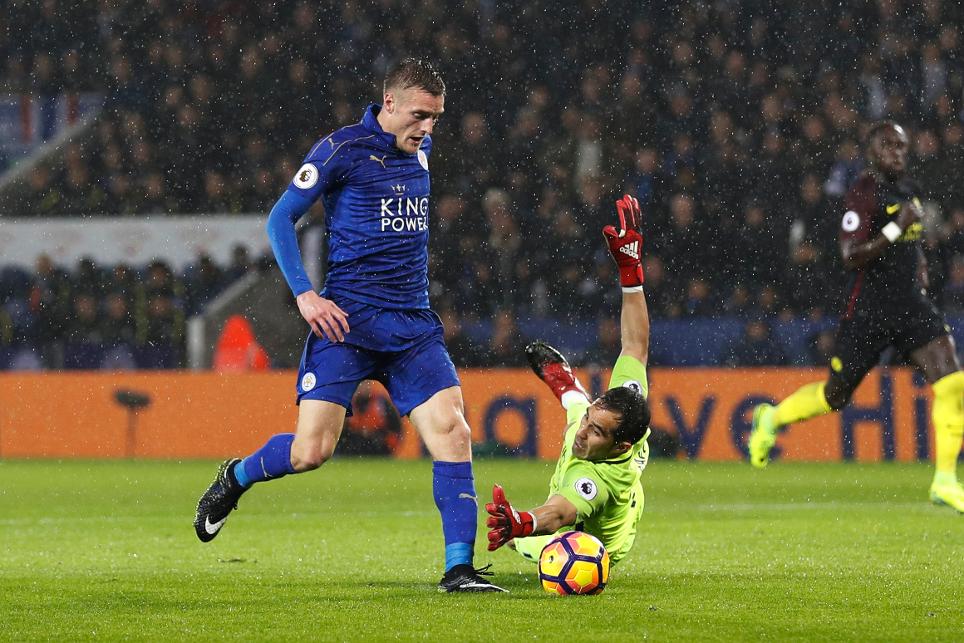 The England striker tallied a Bonus Points System (BPS) score of 80 - the highest of any player in Gameweek 15.

A goal and an assist from Aleksandar Kolarov (£5.8m) took the Manchester City defender on to a BPS total of 36, helping him to two bonus points.

Kolarov completed 85% of his 83 passes and contributed five recoveries and two successful tackles.

Andy King (£4.8m) collected the final bonus point on offer with a BPS tally of 28.

A Threat score of 77 underpinned Vardy's impressive total as he enjoyed eight touches in the penalty box and converted all three of his goal attempts.

That was Vardy's biggest Threat tally of the season, surpassing the 61 recorded back in Gameweek 4.

The striker had been limited to just five attempts on goal in his six Gameweeks prior to Saturday's treble - missing the target with all five.

Kolarov's Index score of 12.7 clinched second spot - his highest total of the campaign.

The Serbian tallied 32 for Creativity, producing 27 successful passes in the final third, laying on two chances for team-mates.

His Threat total of 30 was made up of four attempts on goal, one from inside the Leicester City penalty area.

Vardy ended a 741-minute drought without a Premier League goal in spectacular fashion, putting FPL managers on alert to his renewed potential.

He has been introduced to more than 23,000 FPL squads following Saturday's haul.

Vardy and Leicester City are now treated to a more favourable schedule of fixtures.

They travel to AFC Bournemouth in Gameweek 16 on Tuesday before facing Stoke City, Everton, West Ham United and Middlesbrough in their following four outings.

That provides Vardy with a platform to build on Saturday's 17-point return, although given his hefty price tag, FPL managers are likely to wait on further evidence of a revival.

For Manchester City, Kelechi Iheanacho (£6.8m) was handed the central striker role in an initial 3-2-4-1 formation.

But the young Nigerian, who was transferred in by over 203,000 FPL managers prior to Saturday's deadline, drew a blank and was replaced by Yaya Toure (£7.5m) before the hour mark.

It remains to be seen if Iheanacho is handed a start for the Gameweek 16 visit of Watford.

Head coach Pep Guardiola will be able to call upon Nicolas Otamendi (£5.9m) for Wednesday's encounter.

He will return from a one-match ban to offer further options in a defence that has claimed just one clean sheet in the last 10 Gameweeks.