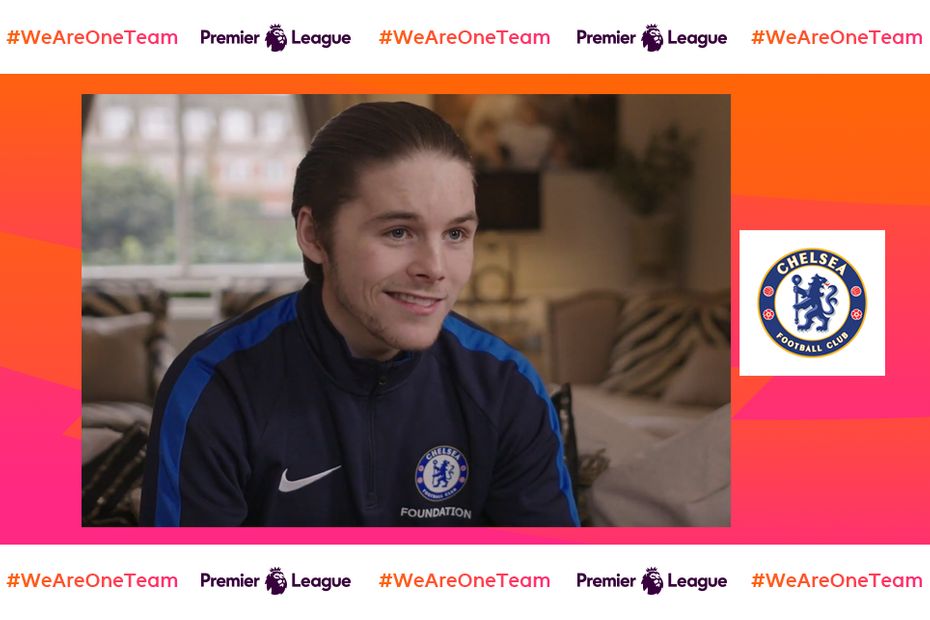 Football is for everyone External Link
Coronavirus: Latest on how clubs support community
How Southampton made Michael feel part of a team

When former Academy footballer Harvey Greenaway was involved in a serious car accident, doctors warned him that he may not be able to walk or talk again.

But with the help of the Chelsea Foundation's pan-disability football sessions, the 19-year-old has has defied the odds and is playing the sport he loves again.

"The Chelsea cerebral palsy football that I go to is unbelievable," Harvey told the club's official website. "It's hard for me to really take in that I can still play football.

"Not only play football, but play for the team that I support. I'm loving life."

Harvey was a member of the Reading Academy when he was younger but his dreams of playing football looked to have ended when he suffered a traumatic brain injury in a car accident that left him in a coma for several months.

He was not to be denied, however. Over the last six months with the Chelsea Foundation, he has developed his confidence and physical skills to the point where he has a place in the England cerebral palsy team in his sights.

"The coaches understand clearly the issues that Harvey has and the challenges that he has," says Harvey's dad Trevor. "I just can't thank them enough.

"It's a miracle that he is playing football. It doesn't matter who he plays for, just the fact that he's back on the pitch is phenomenal."

Like most football-mad teenagers, Harvey has been left frustrated by the restrictions forced by the COVID-19 pandemic but the release and enjoyment that the pan-disability sessions provide has "kept him going".

"It gives a purpose," says Harvey's mum Dawn. "It's been his lifeline and it's been our lifeline as well.

"He's positive, his mental attitude has been better with it as well."

Harvey is one of the many people that have felt the benefit of the Chelsea Foundation's pan-disability programme, which began in 2003.

The video above also highlights the stories of Max Wilson, who has a speech and language disability, and Jhanni Basu, who is autistic and has attention deficit hyperactivity disorder. Both Max and Jhanni have also felt them benefit of the Foundation's work.

The sessions cater for various age groups and abilities, providing an opportunity for players to develop as players and individuals, and learn key skills around the game and themselves to achieve their goals.