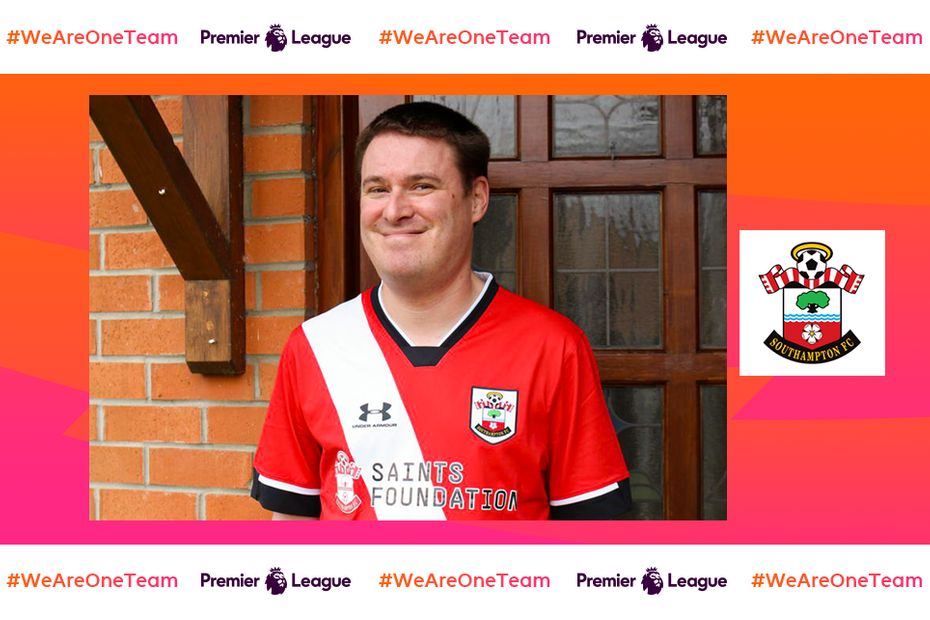 Up until his teenage years, Michael Pearce's cerebral palsy left him feeling isolated. But thanks to Southampton's Saints Foundation, he no longer feels alone, and he is making sure others don't either.

"I didn't always feel included," the 35-year-old, who is now a volunteer for the Foundation, told the club's official website.

"To be asked to be a volunteer was one of the proudest moments of my life. I'm there to encourage and I make sure everyone gets the ball, regardless of their disability."

By his own admission, Michael was the last person to be picked in any team and he is acutely aware of the emotional damage this can cause.

The turning point for him was a trip to Vienna with the Foundation for a special needs football tournament.

"Playing out on the astroturf I have never, ever felt so included as I did that weekend," he said. "It made so much of a difference to me now, so many lovely memories. I actually felt like I belonged."

Since getting involved with the Foundation, Michael has grown in confidence, enjoying experiences such as being a flag-bearer on a matchday at St Mary's Stadium and meeting his favourite Southampton players.

"To have Danny Ings behind you, tapping you on the shoulder, and to have a chat afterwards was absolutely brilliant," he said.

"I know it sounds silly but I always look at the badge and think I'm actually somewhere now where I belong."

Michael's story is being highlighted ahead of the club's charity fixture against Burnley this weekend, as the club celebrate some of the people who have been helped by the Foundation during the COVID-19 pandemic.

The Foundation's logo will be displayed across the first-team shirts during the match.

The club’s sponsor Sportsbet.io have donated their front-of-shirt spot to cast a spotlight on the charity, and are also matching all donations made in the build-up to Sunday's game pound for pound.

Full details can be found here.