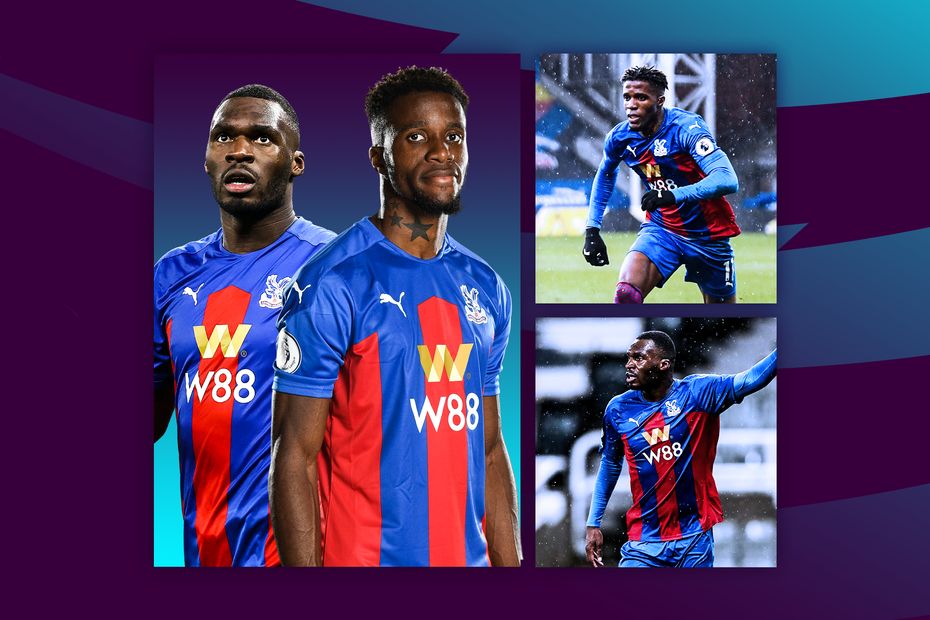 Behind the scenes as Palace prepare for Chelsea clash External Link

Chelsea’s defenders must prepare themselves for another tricky Premier League fixture this weekend.

Crystal Palace’s strike partnership of Wilfried Zaha and Christian Benteke will attempt to provide more headaches for the Blues at Selhurst Park.

Palace have scored only twice in their last five home matches, but Benteke is capable of making it an uncomfortable evening for Chelsea’s back three.

When Roy Hodgson’s side choose to play high balls towards the Belgian, he becomes an excellent outlet.

Scoring three headed goals in 14 starts, including a bullet header against Tottenham Hotspur last month, Benteke is one of the competition's most dangerous aerial threats.

He averages 1.39 headed shots per match, second only to the 1.57 of Fulham’s Aleksandar Mitrovic this season.

While Chelsea’s defence does not lack height, they are not accustomed to dealing with this type of target man on a regular basis.

They must adapt quickly to the challenge Benteke presents.

Chelsea’s midfielders will also need to be switched on when tracking the runs of Eberechi Eze, Jordan Ayew and Zaha, all of whom will want to latch on to Benteke's knockdowns.

Benteke has only started 14 of Palace’s 30 matches to date, scoring five times.

He has proved to be a handful for defenders, though, averaging an impressive 3.28 shots per match.

That is a figure only six other Premier League players can top and is a higher rate than all of Chelsea’s attackers.

In fact over the course of this season, both Zaha and Benteke have scored goals at a faster rate than anyone at Tuchel’s disposal, except for Tammy Abraham.

If that pair had been available more often this term, Palace would almost certainly have scored more than their total of 32 goals.

Zaha and Benteke both scored from the other's assist when Palace beat Chelsea 2-1 in 2017. Hodgson will hope history can repeat itself if the Blues have another off day.