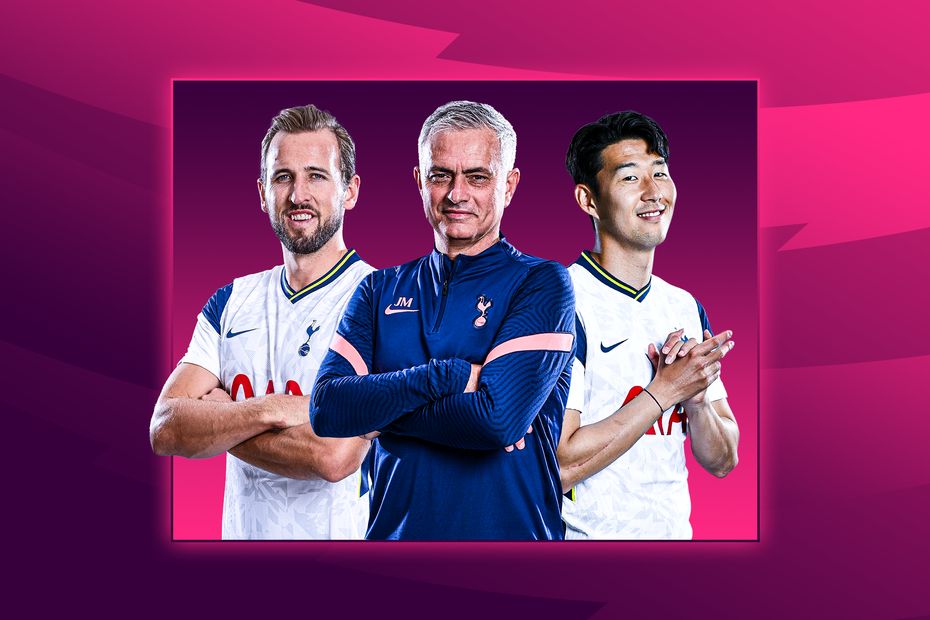 Tottenham Hotspur have only scored three Premier League goals at home this season that have not directly involved Harry Kane or Son Heung-min.

That means 88 per cent of their goals at Tottenham Hotspur Stadium have featured either a goal or assist from one of their two star players.

It is a staggering statistic that will remind Jose Mourinho of their importance to Spurs’ hopes of beating Manchester United on Sunday.

Times Kane and Son have combined

For all of Kane and Son’s worth, Spurs must find a way to extract greater end product from their other players.

To make progress as a side they cannot afford to be so reliant on a pair of individuals.

Left-back Sergio Reguilon has supplied crosses for two of the three goals Spurs have scored on home turf without any involvement from Kane or Son.

His pinpoint deliveries have set up strikes for Gareth Bale and Lucas Moura against Brighton & Hove Albion and Burnley respectively.

The other goal was a long-range hit from Pierre-Emile Hojbjerg against Liverpool.

How can Man Utd stop them?

Stopping Kane and Son is easier said than done. But their domination of Spurs’ attacking output will encourage opposition managers to focus on nullifying them alone.

Ole Gunnar Solskjaer is likely to instruct right-back Aaron Wan-Bissaka to restrict his forward bursts in order to prevent fit-again Son from running into space on the counter-attack.

And in central midfield there will almost certainly be a heavy focus on screening the service into Kane, who has scored five of Spurs’ last seven goals and leads the league for both goals and assists in 2020/21.

If United keep those two players quiet they will feel it gives them a strong platform to win the match.

Mourinho has adopted a cautious approach for the majority of his first full campaign at Spurs.

They are a side built to release their best goal-getters when transitions occur.

Indeed, on home turf only three teams have had fewer touches inside the penalty area than Spurs.

Considering only the top four teams have scored more home goals than their 25, it shows just how efficient the likes of Kane and Son have been.

Early on this season Mourinho’s tactical approach worked superbly, helping them to a stunning 6-1 victory at Man Utd and a 2-0 triumph over Manchester City.

But since then the Portuguese’s formula has not been as effective against the stronger sides.

With their rivals perhaps better prepared for such an approach, Spurs have picked up only one point from a possible 21 since November against teams currently inside the top seven.

Aside from bright second-half spells at Liverpool and West Ham United, they have struggled to create against the Premier League’s elite.

This is reflected in their expected goals (xG) stats from those matches.

After conceding 22 shots in their 2-2 draw at Newcastle United last weekend, Spurs will need to raise their game for the visit of second-placed Man Utd.

Solskjaer’s men are unbeaten in 22 Premier League away matches and will be keen to avenge their 6-1 reverse from October.

If Mourinho persists with the same big-match strategy, he will again be extremely reliant on moments of magic from Kane and Son.

While the duo are undoubtedly capable of being match-winners, recent history suggests they alone might not be enough to help Spurs to a first ever Premier League double over the Red Devils.