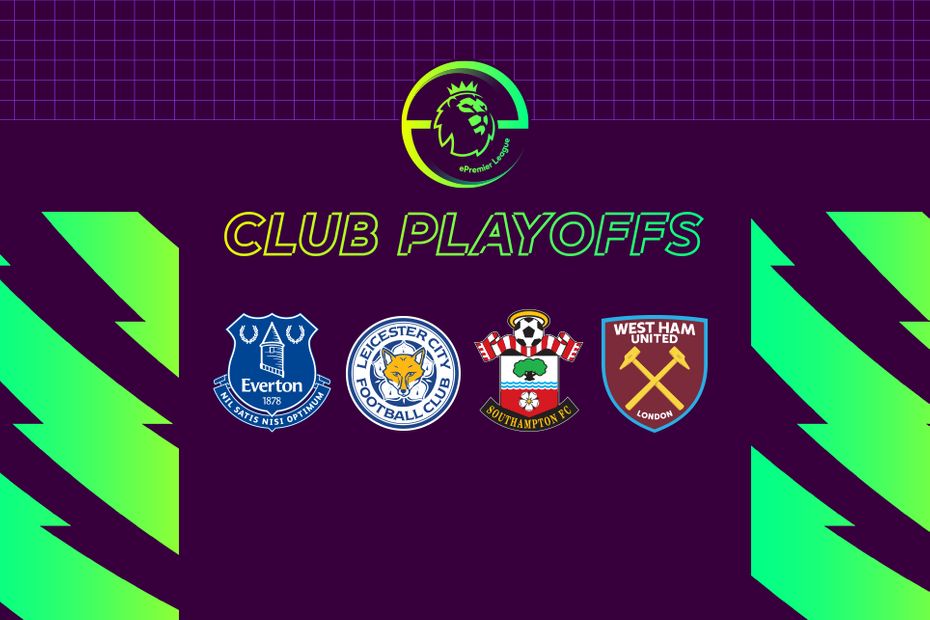 Jacob Benskin among players to represent Everton, Leicester, Southampton and West Ham on PS4 and Xbox next month

Who has qualified for the 2020/21 ePremier League finals?
ePL club playoffs: Winners confirmed for Villa, Brighton, Fulham and Sheff Utd

The latest set of finalists for the 2020/21 ePremier League have been decided as Everton, Leicester City, Southampton and West Ham United held their club playoffs on Tuesday.

Sixteen of the best players on PlayStation 4 and Xbox One for each club battled it out last night to represent their club in the finals next month.

Jayden "NFG Jayden" Groden made it through on Xbox after a thrilling 6-5 win, while Harry Hesketh will represent the Toffees on PS4 after triumphing 8-2 in the playoff final.

Saints will be represented by Joseph "Royal Funky" Crown on Xbox, while Ethan "EthxnH" Higgins emphatically won 10-1 on aggregate in the PS4 final.

Will be representing @SouthamptonFC at Eprem. Big up @Lenseiii for keeping me calm, let’s gooo pic.twitter.com/iAxv8soVWW

Alfie "WHU RedLac" Calder secured his place with a hard-fought 3-2 win on the Xbox and will be joined by Curtis "Papsity" Poole, who also secured a narrow victory, winning 2-1 in the PS4 playoff final.