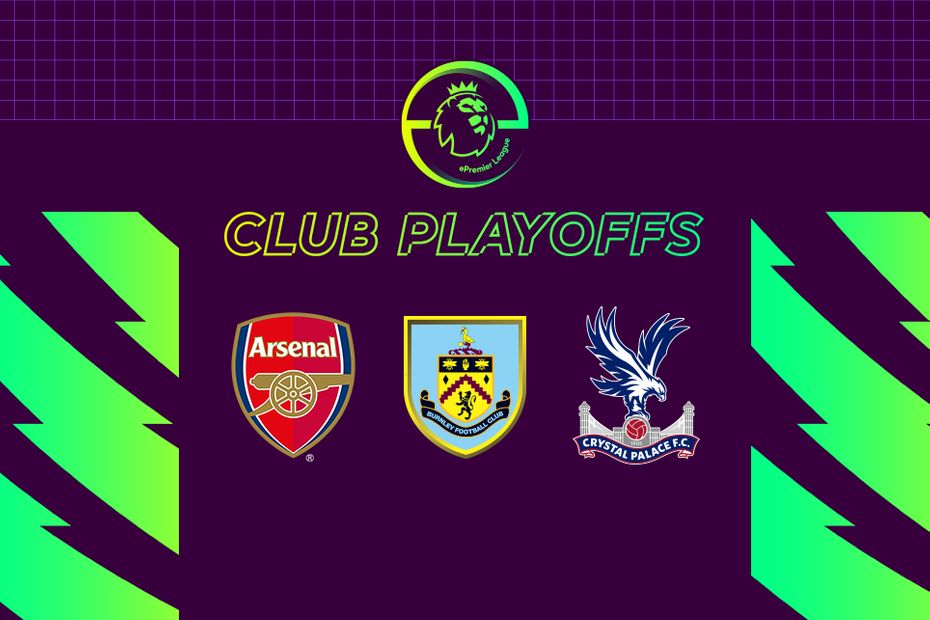 One player on PS4 and on Xbox will represent Arsenal, Burnley and Crystal Palace in finals next month

The second set of finalists for the 2020/21 ePremier League have been decided as Burnley, Crystal Palace and Arsenal held their club playoffs yesterday.

Salman Ahmad and Jasper Ashworth will represent the Clarets after dramatic victories in their club playoff finals.

Of the club's two eSports representatives, Ahmad went through on PlayStation 4, but hometown boy Bradley Colston, a past ePL finalist for Burnley, was stunned in the Xbox One final by Ashworth, losing 4-3 on aggregate.

For the Eagles, Michael "MP9Mike" Pereira and Alfie Roe came through to each book a place in the ePL finals for the first time.

Pereira recovered from a 3-1 first-leg deficit in the PS4 final to win 4-3, while the Xbox final was another tight affair, Roe triumphing 9-8 on aggregate.

WE WON @CPFC EPREM, Mad support in the stream thank you to everyone who supported and shoutout to @BennyB_UK for the subscription, love you all x pic.twitter.com/6xhECrkeYJ

2021 @Arsenal representative! After bottling the final last year it feels good to pull through a tough run of games pic.twitter.com/m7KlztfE0A

He will be joined by the PS4 winner Tassal "Tass" Rushan, who will be representing his beloved Arsenal in a third consecutive ePL Finals.

The club playoffs continue today, with the finalists from Aston Villa, Brighton & Hove Albion, Fulham and Sheffield United to be determined.