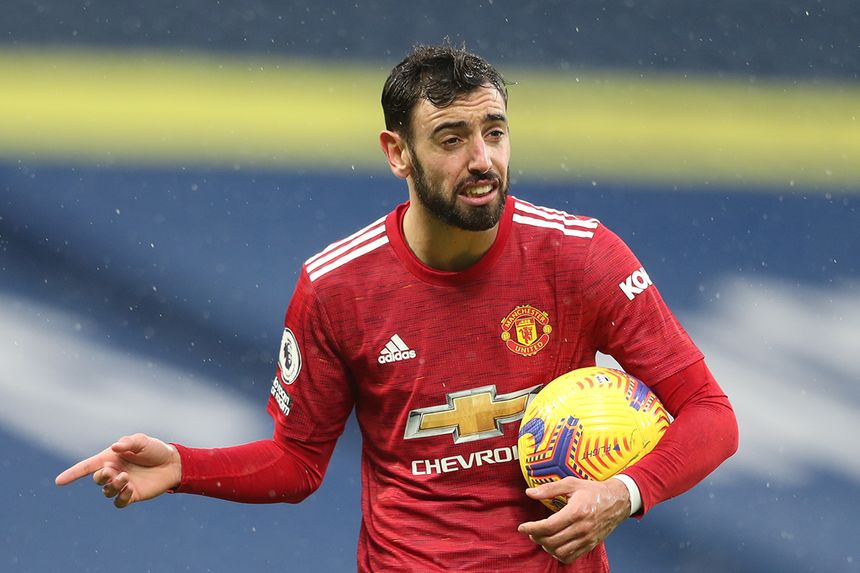 Man Utd midfielder rewards 1.5million managers who captained him despite having one match in Double Gameweek 24

Bruno Fernandes (£11.5m) was the most popular Fantasy Premier League captain for Double Gameweek 24, despite playing only once, and he made it count as he scored for Manchester United.

United are not one of the four teams that play twice in DGW24 but the Portuguese was the top armband pick for the seventh time this season, with more than 1.5million managers rewarded as he volleyed in spectacularly in the 1-1 draw at West Bromwich Albion.

Ilkay Gundogan (£6.1m) was the second-most popular captaincy choice, with more than one million managers handing him the armband.

The Manchester City midfielder scored twice, produced a Fantasy assist and earned three bonus against Tottenham Hotspur to claim 19 points for the first half of his Double Gameweek. It is his sixth double-digit haul from his last 12 matches.

But the German, who was Triple-Captained by 69,193 managers, missed Wednesday's trip to Everton after limping off with a groin injury.

Mohamed Salah (£12.6m) completed the top three and rewarded the 739,000+ who captained him with his 17th goal of the season in Liverpool's 3-1 defeat at Leicester City.

Gundogan was the top pick among the leading 100 FPL managers, chosen ahead of team-mate Raheem Sterling (£11.6m) in second.

Sterling picked up an assist across his two matches to make it four goals and two assists from his last seven appearances. Fernandes was third.

Gundogan was also the most-bought player for Double Gameweek 24, gaining more than 806,000 new owners, who were immediately rewarded.

Everton had a Double Gameweek but the 23-year-old missed both matches against Fulham and Man City due to injury.

But the Spurs striker blanked in the 3-0 defeat.

Injuries to Callum Wilson (£6.6m) and James Justin (£5.0m) led to them being shipped out in large numbers.

A hamstring injury looks set to sideline Wilson for at least six weeks, while Justin faces a long spell out after surgery on a damaged anterior cruciate ligament.

More than 463,000 managers parted company with the striker, who strained his hamstring in Everton's midweek FA Cup win.