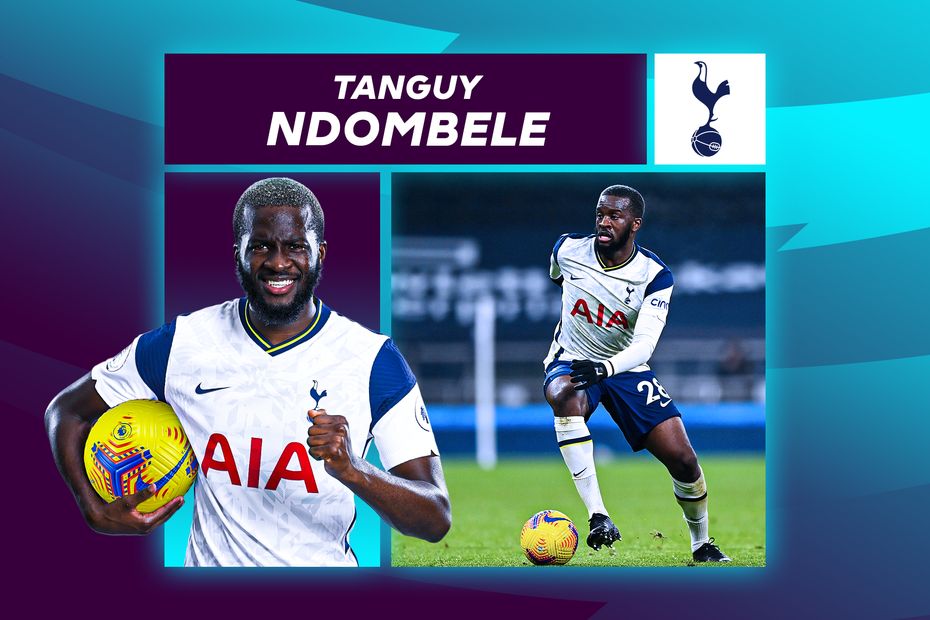 A resurgent Tanguy Ndombele will be a key man for Tottenham Hotspur when they host Liverpool on Thursday.

The 24-year-old is in scintillating form, revelling in a new role as an attacking midfielder under Jose Mourinho.

A combination of natural flair and physicality make the Frenchman one of the most unique talents in the competition.

And his ability to break the lines with a show of strength or individual skill has provided Spurs with additional potency on those all-important transitions.

With Liverpool likely to dominate possession, the home side will look for Ndombele to come alive on turnovers.

Ndombele's ability to beat a man anywhere on the field has come to the fore during a much-improved 2020/21 campaign for him.

Across Spurs' last two home matches against Fulham and Leeds United, Ndombele made a total of eight successful dribbles.

Brilliant at getting out of tight spots, his ball-carrying will be respected by Liverpool, who will also be aware how capable he is of producing an incisive forward pass.

The Frenchman is also a lethal finisher.

Ndombele does not shoot too often. In fact, he has attempted just eight shots in the Premier League this season.

But just like last term, when he netted twice from only six attempts, Ndombele has wasted precious few opportunities.

He scored from close range in a 6-1 win at Old Trafford, from outside the box in a 1-1 draw at Wolverhampton Wanderers, and produced a sublime improvised lob in the 3-1 success at Sheffield United.

Fresh from a quality brace against Wycombe Wanderers in the FA Cup, he will be eager to add to his tally against the champions.

If you exclude penalties, no top-flight midfielder has a better chance-conversion rate than the Spurs man since the start of this campaign.

When Spurs have the bulk of possession, Ndombele has little interest in dropping deep to get touches of the ball.

He prefers to stay advanced, dragging markers with him to create extra space for Harry Kane and Son Heung-min, or to show for a pass in a variety of different areas.

From those positions, he is proactive with his distribution and likes to pick out Spurs' forwards as often as possible.

Eight of the 12 chances he has created this season have been for Son (five) or Kane (three), while Pierre-Emile Hojbjerg is the only team-mate he passes to more often.

He will get behind the ball like an orthodox central midfielder and try to retrieve possession for the side.

The France international averages 2.11 tackles per 90 minutes this season, but has made 10 across his last three starts.

Ndombele was left out of the 2-1 defeat to Liverpool at Anfield for tactical reasons, on a night when Mourinho opted to start in a 4-4-2 formation.

His performances since certainly merit inclusion in the starting XI this time round and he has the confidence and class to have a major influence.