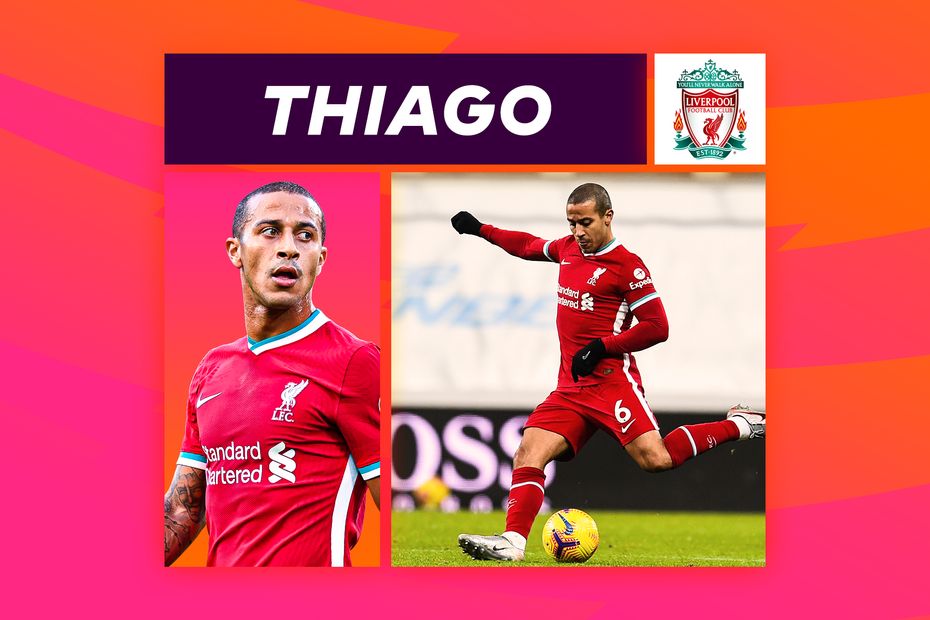 Thiago Alcantara: We're not satisfied, we have to do better External Link

Liverpool are winless in the three matches Thiago has started since joining the club, but his positive influence is sure to have an effect in the coming weeks.

While the Reds were generally disappointing in Sunday’s 0-0 draw against Manchester United at Anfield, the 29-year-old delivered an eye-catching display in central midfield.

Gliding around the pitch, he made 96 passes, more than anyone else. That included 62 inside the opposition half and two chances created.

He also drew a fine save from David De Gea with a long-range strike.

The moments that made us go 🤩 from @Thiago6's impressive Anfield debut 💫 pic.twitter.com/sXIYEOodyi

Thiago is renowned for his outstanding distribution but his ability to take players on was also notable against Man Utd.

He completed five successful dribbles, effortlessly taking the ball past opponents in tight and advanced areas.

Burnley must be wary of diving in on Liverpool’s stellar signing on Thursday.

Thiago is not quick. In fact, he has the second-lowest top speed among Liverpool’s players at 28.9 kilometres per hour and makes just 5.7 sprints per 90 minutes, the lowest average at the club.

But he uses his quick feet and body swerves brilliantly.

When he drifts past midfielders, the pitch opens up for him to shoot or play a clever pass which puts a forward into the penalty area.

The experienced Spain international is also prepared to work hard to regain possession.

It would be a mistake to confuse his natural serenity with a lack of application.

Thiago has covered an average of 11.1km per 90 minutes for Liverpool, a distance eclipsed by only one of Jurgen Klopp’s regular starters, Roberto Firmino, with 11.6km.

He won the ball regularly against Man Utd, and is especially adept at making interceptions.

His reading of the game is a real asset, and he will slide across when Liverpool’s full-backs are advanced, offering the defensive security that Klopp requires in central midfield.

Thiago has been criticised in some quarters for slowing Liverpool’s attacks, but in my opinion the movement of the front three has dropped recently.

While the Spaniard is keen to play passes into Mohamed Salah, Sadio Mane and Firmino, their runs have lacked sharpness.

As his relationships with them build, Thiago will create more opportunities for all of them.

His ability to execute through balls can only be a major plus for Liverpool, who will be hoping he clicks with their frontline against Burnley.

If the quartet work well together, it could be a long evening for the Clarets.