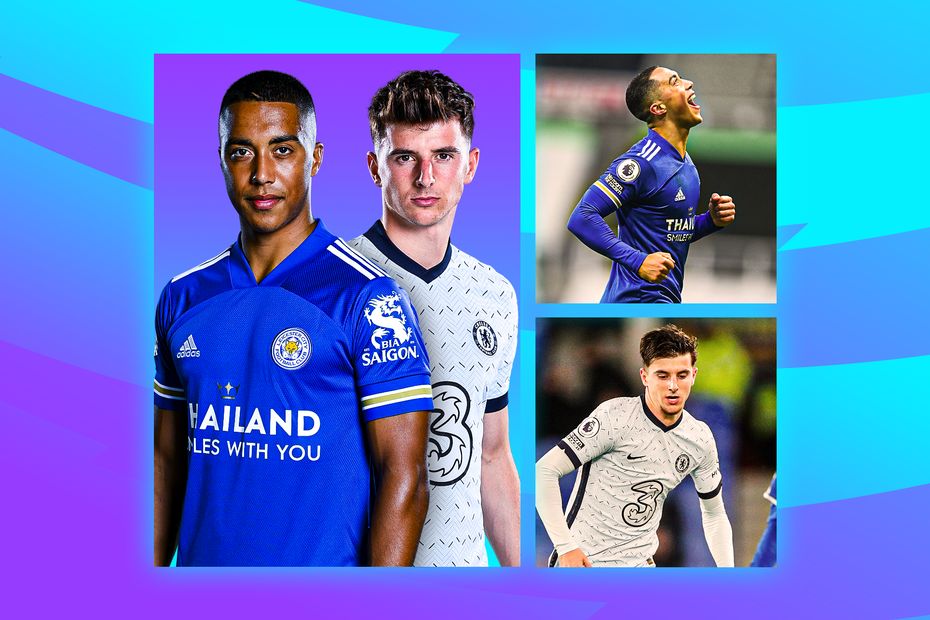 Adrian Clarke looks at two of the season's most consistent stars, who meet for Leicester v Chelsea

Mount: The most important thing is to show character External Link

Lampard reports one absentee for trip to Leicester External Link

Youri Tielemans and Mason Mount are two of the Premier League's most in-form midfielders and will go head-to-head at King Power Stadium on Tuesday.

Both have been superb in recent weeks for Leicester City and Chelsea respectively and their midfield battle will be highly anticipated.

Last season was a mixed one for Tielemans, but his consistency level has been excellent this term.

His slide-rule pass for James Maddison's goal against Southampton last weekend was typical of the 23-year-old's positive distribution.

He also played in Harvey Barnes to complete the scoring in added time.

Now operating in a slightly deeper position Tielemans is always looking to play a vertical forward pass and excels at picking out the runs of Maddison, Barnes and Jamie Vardy.

Tielemans has executed more than twice as many successful passes that have ended in the final third, more than any team-mate, and tops the club rankings for forward passes too.

If Chelsea afford him too much space, the Belgium international will dictate this encounter.

One of Frank Lampard's most reliable performers this season has been Mount.

He scored the winner in a man-of-the-match display against Fulham in Chelsea's last match, and will look to add to his tally of two goals and three assists.

A regular inside the box, he is Chelsea's third most-prolific shot-taker (23), so he will be frustrated by his 8.7 per cent conversion rate.

Mount has delivered a series of quality corners and wide free-kicks in 2020/21, making a total of 24 chances from set-pieces.

That is seven more than any other top-flight player, which will be a concern for a Leicester side, who have looked fragile defending dead balls, conceding eight goals from such situations.

Mount has also been influential as a creative box-to-box midfielder.

While Christian Pulisic, Hakim Ziyech and Kai Havertz have all been in and out of the team, Mount has made the most key passes from open play.

Lampard has yet to settle on his first-choice starting XI and is finding it difficult to settle on a formula that suits his plethora of talented attackers.

Mount's ability to drop in and play as an orthodox central midfielder may turn out to be the key to unlocking more from those players.

If Lampard experiments with a 4-4-2, as he did briefly at Fulham, Mount would be comfortable slotting into a pairing alongside Jorginho.

In the coming weeks, I would expect this to be trialled by the Blues, with Mount also deployed alongside N’Golo Kante, who misses this match with a hamstring injury.

Tielemans and Mount have both shown just how important they are to their teams and this meeting promises to be a match-defining one.