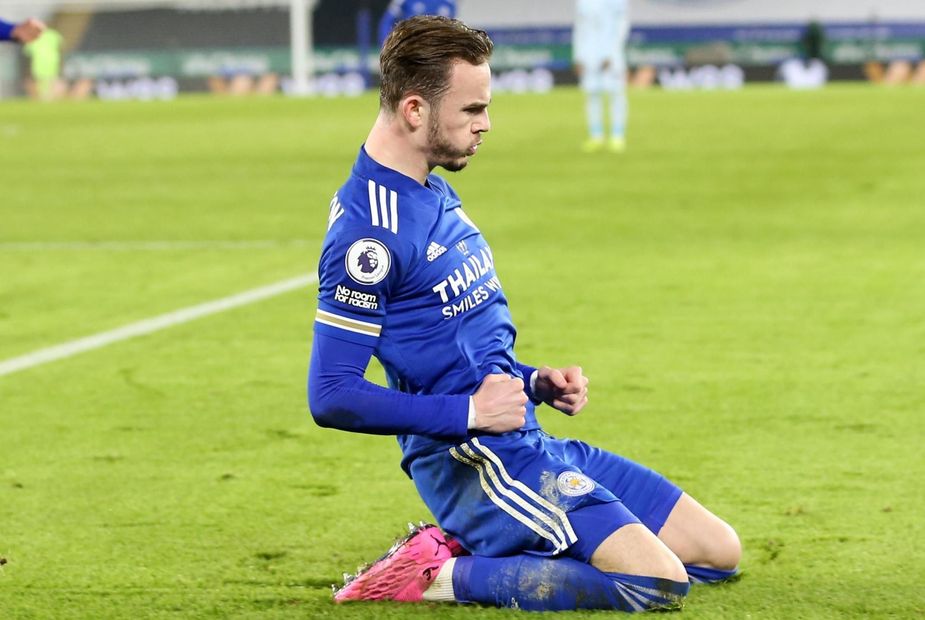 The Leicester City midfielder has now scored in three successive matches, also finding the net against Newcastle United in Gameweek 17.

Indeed, five of Maddison’s six goals this season and two of his four assists have come in his last eight appearances.

His current form is 🔥 pic.twitter.com/A95H8iYLso

The Leicester defence also proved to be a rich source of returns, keeping a clean sheet in both of their home matches.

Kasper Schmeichel (£5.5m) matched Maddison’s points haul and is the highest-scoring goalkeeper in the Gameweek.

Leicester’s upcoming schedule suggests FPL managers can continue to be rewarded for investing in Foxes players at both ends of the pitch.

According to the Fixture Difficulty Ratings (FDR), only one of their next 10 matches scores more than three.

Elsewhere, Michail Antonio (£6.3m) is currently the top-scoring forward in the Gameweek after netting against Burnley and West Bromwich Albion in the Double Gameweek.

The West Ham United striker claimed the maximum bonus points on both occasions, rewarding his 9.6 per cent ownership with 18 points.

Antonio was the second most-bought player for Gameweek 19, transferred in by 513,000+ managers.

And he is again a top target ahead of West Ham's trip to Crystal Palace in Gameweek 20.

However, it is West Brom’s Matheus Pereira (£5.6m) who is the top-scoring player in the Gameweek so far.

The Brazilian scored his side’s goal in the 2-1 defeat at West Ham, adding to his two goals in Saturday's 3-2 win at Wolverhampton Wanderers.