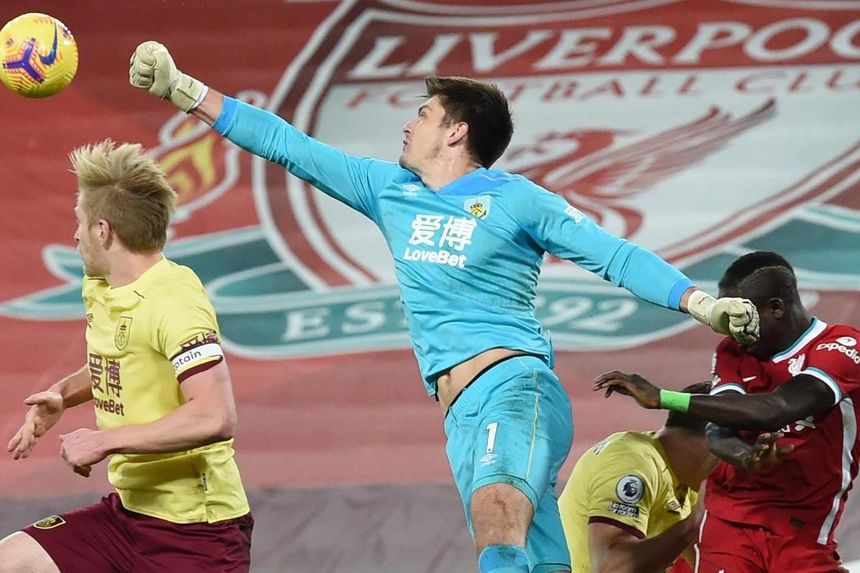 A fifth double-figure haul of the season has helped Nick Pope (£5.4m) to first place in the Fantasy Premier League goalkeeper standings.

The Burnley No 1 made six saves in their 1-0 win at Liverpool and was awarded all three bonus points.

Pope totalled 13 points over his Double Gameweek 19 to overtake Emiliano Martinez (£5.1m) as the top-scoring goalkeeper.

Indeed, his total of 92 points is also more than any defender in Fantasy.

Pope is now well on course to surpass his total of 170 points from the previous campaign, where he finished as the leading goalkeeper.

The return from injury of Ben Mee (£4.9m) in Gameweek 8 has been crucial to Burnley’s defensive prospects.

They have produced six of their seven clean sheets this season from that point onwards, second only to the eight of Manchester City.

The underlying numbers highlight the importance of Mee to Burnley's backline.

From Gameweek 8 onwards, his total of 107 clearances, blocks and interceptions (CBI) is joint-top among defenders.

Owners of Mohamed Salah (£12.5m), meanwhile, were left hugely disappointed after he appeared as a second-half substitute for Liverpool.

The Egyptian was the most-selected captain for Double Gameweek 19, handed the armband by over 1.27 million managers.

But he managed only four points over his two matches.

Salah has now failed to score or assist in each of Liverpool’s last five Premier League encounters.

And that run of blanks has made a big impact on the FPL transfer market.

He is the third most-sold midfielder in the Gameweek, moved on by 112,000+ ahead of his visit to Tottenham Hotspur.