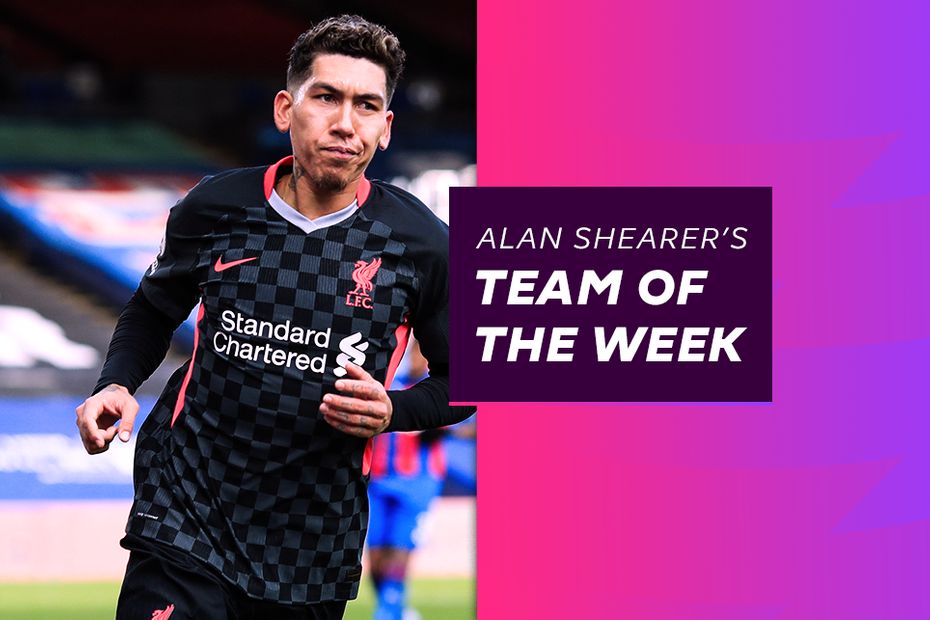 Liverpool ensured they will be top of the Premier League at Christmas with an emphatic 7-0 win at Crystal Palace, and Roberto Firmino was integral to that result.

The Brazilian scored twice at Selhurst Park and created another for Sadio Mane.

At times his unselfish centre-forward play goes under the radar, but Firmino's display impressed Alan Shearer, the Premier League's all-time top goalscorer, who he felt was key to the visitors' biggest away win in the competition's history.

Shearer selected Firmino in his Premier League Team of the Week along with team-mates Trent Alexander-Arnold, Jordan Henderson and Mohamed Salah, as well as manager Jurgen Klopp.

Agree with his XI❓ pic.twitter.com/hbRQuP6a6A

"Made a brilliant save from Son Heung-min at point-blank range to keep his clean sheet."

"Back among the assists, he played a key role in the opening goal and then teed up Henderson for his strike."

"Scored with a towering header and played with great confidence at the back. West Ham United didn’t get a shot on target."

"Won a penalty and kept Harry Kane quiet at the other end. He was solid in everything he did."

"The engine that kept driving Liverpool forward, even when the match had clearly been won, and he scored a great goal."

"Set the tone for an emphatic win with his two early goals, while also providing an assist. Outstanding."

"He just keeps delivering, adding another two goals and an assist to his Premier League total."

"He was only on the pitch for the final half-hour, but that was all he needed to contribute two goals and an assist."

"So often the team player who allows the other forwards to shine, he took centre-stage with two goals of such high quality and an assist."

"Scored twice, and it could have been more. He has given his side even more of a goal threat in his recent appearances."

"The German ensured his team raised their game again after the win over Spurs. They showed the ruthlessness of champions."