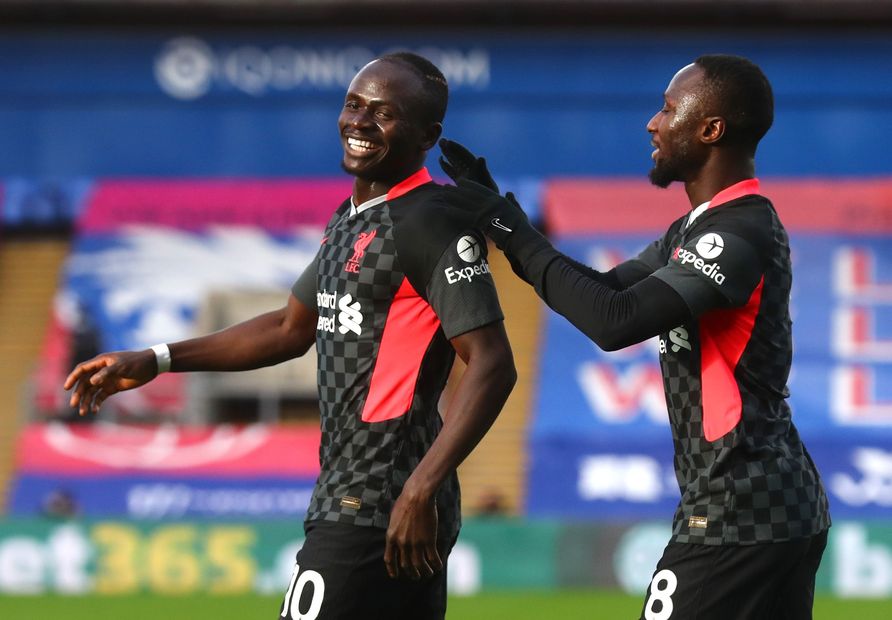 Owen: Mane hunger drives him to score so many

Jordan Henderson: That kind of result had been coming External Link

With the second goal in Liverpool's 7-0 victory at Crystal Palace, Sadio Mane set one Premier League record while edging closer to equalling another.

The Senegalese’s strike was his 10th in the competition against Palace, the most any one player has scored against the Eagles.

It was also the seventh consecutive match versus Palace in which Mane had registered a goal.

That scoring run of matches against an opposing team puts him alongside two other players in Premier League history: Jimmy Floyd Hasselbaink, who scored in seven matches in a row against West Ham United, and Romelu Lukaku, who matched this streak, also against the Hammers.

Mane is only one match behind the Premier League record of scoring in eight matches in a row against a single opponent.

This is held by Robin van Persie, against Stoke City.

Mane can equal this record when Palace travel to Anfield on the final day of the season.