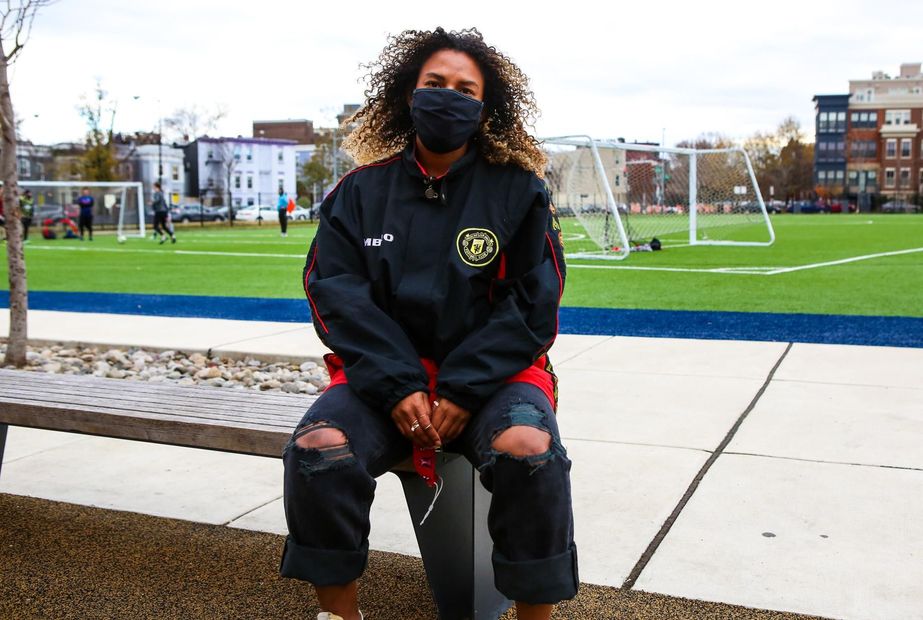 Premier League passion in the US: Valeria's story
PL Kicks and Rashford call on young people to help communities
Rashford: This year has been about community

Meet Elisa, an athlete in Washington D.C. who found love, inspiration, and knowledge from Manchester United.

“Growing up for me as a black female playing, it was kind of hard to find my identity in soccer.

"I was playing in high school around 2006 to 2009 as a defender. I didn’t know if I wanted to play in college, but I was getting better and progressing my skill and craft, so I was just trying to find players that I could emulate or who represented my game.

"At the time, soccer wasn’t really popular in America, and outside of the Briana Scurry's or Shannon Boxx's, there weren’t really any other black women playing.

"So around 2008, I started watching the Premier League, and that was a year that Manchester United had experienced a lot of success.

"They won the league that year, won the Champions League. I loved the way they played, but I was really drawn to Rio Ferdinand.

"One of the things my coach taught me is that it’s not that defenders don’t have skill, it’s just that you have to have more heart and grit.

"If you have skill, it makes you the full package. One of the things I noticed with Man Utd was that Rio Ferdinand had all of that, but he made everyone around him better.

"I went on to play D-1 at James Madison University, and one of the things I strived to be was like Rio. Just elevate people by getting stuck in and being a reliable player. He was an inspiration for me.

"I always strive to be more than just an athlete and that’s become a mantra now."

"My playing career stopped after college, and you have this point where you have a negotiation of identity where you realize you have more to offer than just athleticism.

"Now, one of the players I admire most on the team is Marcus Rashford, because of my own personal experience, I’ve realized that athletes can be so disposable.

"At least that’s how we feel when we’re playing. I admire him because he understands that, even during a time of such turmoil as a young black man.

"He found purpose over his position and he’s really trying to better his community.

"He’s such a firecracker on the field, has so much leadership. So many people think their job stops after the game is over, but for him it’s so much more than that.

"I always strive to be more than just an athlete and that’s become a mantra now.”

Photos were shot by Mel D. Cole as part of his partnership with the Premier League on #PLFansOfAmerica.