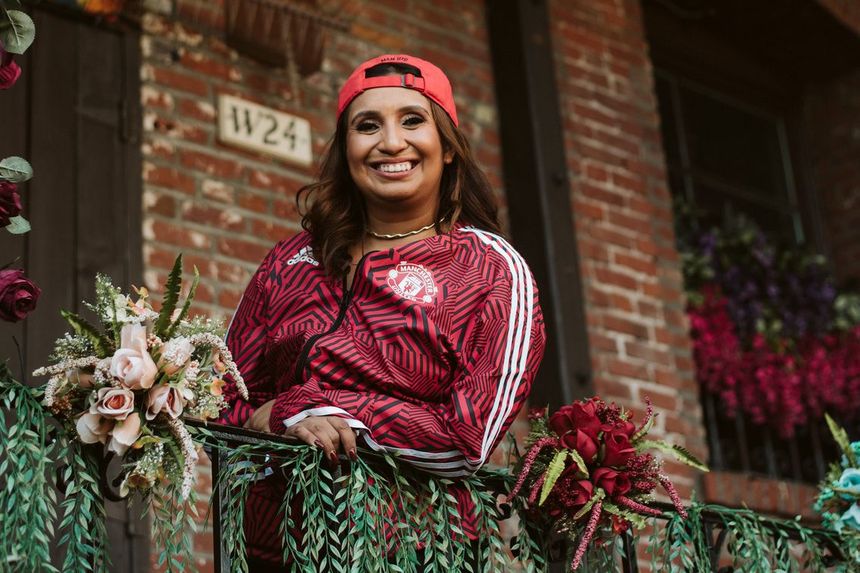 Meet Valeria, a Manchester United fan from Los Angeles who works widely with supporters' groups to help ensure that watching soccer is an inclusive environment for all.

"I was 13 or 14 years old and in high school when I became a Man Utd fan. I was just fascinated with Sir Alex Ferguson. His personality just drew me in.

"For almost 20 years now I’ve been a fan, through losing seasons and winning seasons, and I wouldn’t change it for the world.

"I think for most of us on the West Coast, and the people I watch Man Utd matches with, we wear it as a badge of honor.

"We’re watching MLS matches on a Friday night, being up until two in the morning, and waking up at four in the morning to go to a pub or a friend’s house to get ready for Man Utd with a fresh beer or a mixed drink with coffee.

"I just love waking up at that time to watch soccer, because it’s so quiet everywhere else except the bar, and it’s a beautiful scene for me.

"Soccer is 90 per cent of my life. Even while I’m at work, I’m still repping in my Man Utd gear and I’m really active in the LAFC supporters' groups.

"I’m also a moderator for The Plastics, a supporters' group that makes an open and safe place for women and queer people to support their teams without facing any criticism or hate.

"As a woman and fan, I would always get disbelief like, "Why would a woman show up at 5 o'clock in the morning at the bar?" or "You don't know your team."

"Even though I've been a fan for 18 years, I always have to prove how big a fan I am.

"And I see others having to do that, so it gets to the point that you’ve just had enough of that type of hate, criticism and not understanding you being an individual that loves soccer.

"No matter your gender identification or sexual orientation, no matter what, you’re just an individual who likes soccer, right?

"That’s what should matter, but it’s not like that for women, or people who are queer, or trans, or even different races.

"We’re trying to make a safe place for people that have gotten that type of hate to find their family within the soccer community.

"But thankfully, I’ve found a community of people around me who are open to me as a fan and don’t criticize.

"I have friends in Chicago, New York, Houston, Alaska, Portland. I would have never met these people if it weren’t for soccer. It’s amazing."