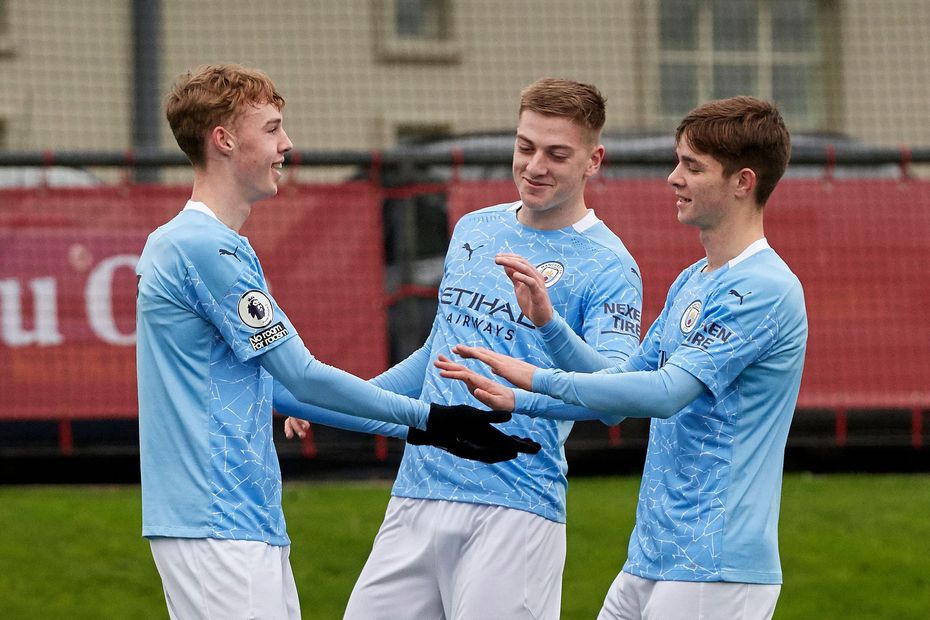 Cole Palmer and Liam Delap both scored twice as Manchester City won 7-2 at leaders Liverpool to climb up to fourth in Premier League 2 Division 1.

Adrian Bernabe, Ben Knight and Tommy Doyle also netted for the visitors, while Tyler Morton and Tom Clayton were on target for the Reds.

Second-placed Derby County were also defeated as Arsenal claimed a third straight victory and moved up to 10th thanks to goals from Ben Cottrell, Nikolaj Moller and PL2 debutant Kido Taylor-Hart.

In Division 2, a brace from Jean-Pierre Tiehi helped end Fulham's six-match losing run as they edged past Aston Villa 3-2.