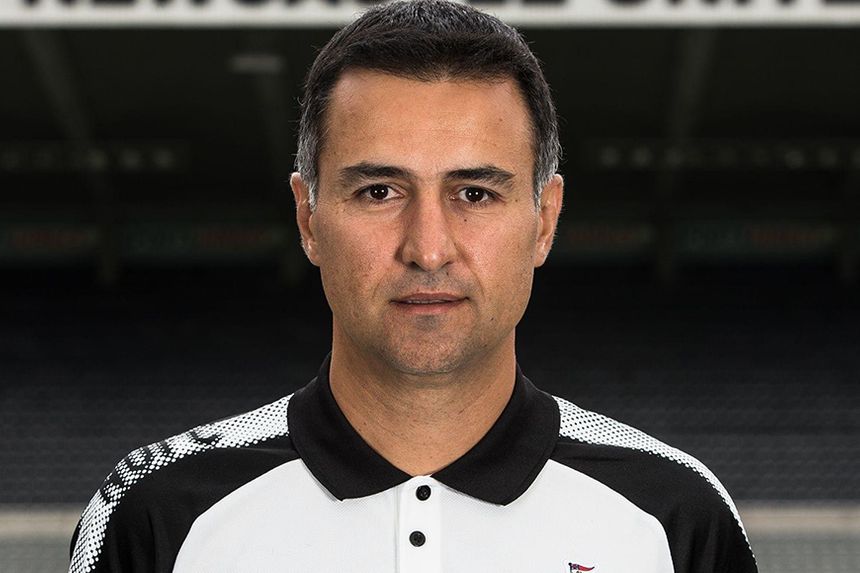 When West Walker Primary School in Newcastle-upon-Tyne needed help to integrate two of their new children who had just arrived from Iran, Dyar Kakrash, 8, and his three-year-old sister Sakar, Newcastle United Foundation had just the man for the job.

Shayan Gazerani, the Foundation's school project officer, had himself moved from Iran to England in 2002 without speaking English.

"It is always special to help people who are new to the region and to help them feel welcome and safe in their new home here," he says.

"It can be very challenging, and especially tough for children and young adults, who can struggle to make friends in school or in their street if there is that added language barrier."

When he arrived in England, Gazerani endeavoured to learn the language and studied tirelessly to earn a sports coaching science degree at Newcastle College.

He is now a British citizen and has earned numerous football coaching badges and grassroots team management positions. He started to work as a community coach with the Foundation six years ago.

Now, as a school project officer at the Foundation, he leads Physical Education lessons across a number of schools in the North East, developing agility, balance and coordination, as well as the principles of team games.

And he is in the perfect position to help people such as the Kakrash family, who fled Iran and sought asylum in the United Kingdom.

"I have regular FaceTime calls with them and I can talk them through or explain things in Farsi - Iran's first language - and help translate websites or online accounts that they'll need into English," he explains.

"I make sure Jamal's son Dyar communicates with his teacher through the school’s app that we installed for them and that his daughter’s school application is under way.

"West Walker can also ask me for any support they need with other Iranian families moving to the area.

"I enjoy helping as many people as I can - it might be mentoring young coaches or giving the best session delivery that I can in schools. It's important to me that everyone feels happy and safe and enjoys themselves like I do."

Gazerani's fantastic work has led to him being named as one of the Newcastle United Foundation Premier League Primary Stars Facilitator winners as part of the Premier League Charitable Fund (PLCF) 10-year anniversary celebrations.

"I'm speechless! I was just doing my job and to be nominated for this award is mind-blowing," he says. "I am very thankful to receive this award from the PLCF and to have the opportunity to do what I do every day with Newcastle United Foundation."

"Everyone at the Foundation is incredibly proud of the work we do and Shayan is the perfect example of just how much we care about the people we support," says Atkin.

"Shayan is truly going above and beyond to help the Kakrash family, and we hope they feel at home here in the North East and know they will always have the Foundation there to give them any guidance they need."