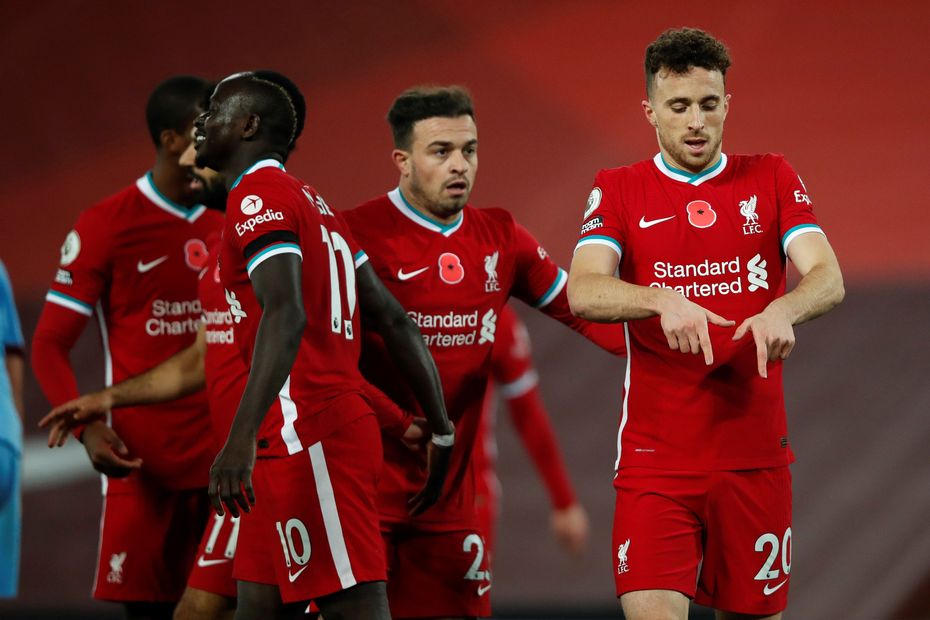 MW8 stats: Man Utd achieve rare away hat-trick
Match officials for Matchweek 9
Could this be the most open title race ever?

If Liverpool avoid defeat against Leicester City at Anfield on Sunday, not only will they strengthen their hopes of retaining the title but they will beat a club record that has stood for 40 years.

For more on this and all the must-know stats for Matchweek 9, read on. To check out the head-to-head records, click on the fixtures.

Timo Werner can be the first player since Didier Drogba back in 2009 to score in five straight matches in all competitions for Chelsea.

Jack Grealish is looking to score against Brighton & Hove Albion for a fifth consecutive match.

Tottenham Hotspur are on the longest active unbeaten run in the Premier League (W5 D2).

West Bromwich Albion can win successive league matches against Manchester United for the first time since 1980.

Everton are aiming to win three Premier League matches in a row in London for the first time.

West Ham United are hoping to extend their run of 11 matches unbeaten against teams starting the day bottom of the league.

Leeds United are seeking their first win in eight matches in all competitions against Arsenal (D1 L6) since a 3-2 victory at Highbury in May 2003.

If Liverpool avoid defeat, they will go a club-record 64 home top-flight matches unbeaten, eclipsing a run that was ended in 1980 by Leicester.

The last time these teams met Burnley won to end a run of four straight defeats by Crystal Palace.

Southampton are targeting a fourth successive Premier League win for the first time since May 2016.