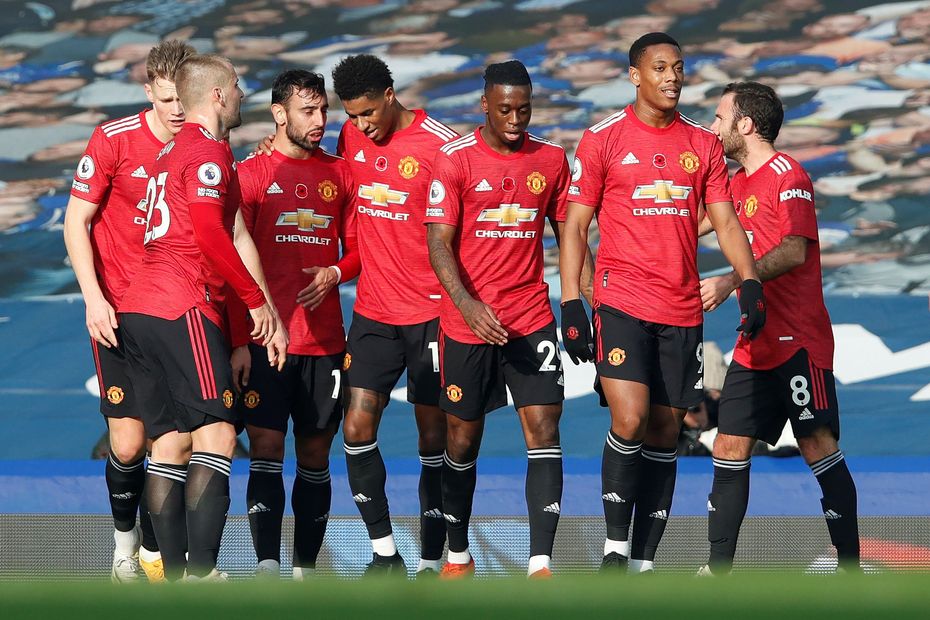 Manchester United fans may have feared the worst when their side fell behind at Everton on Saturday, but they needn't have worried.

After all, the Red Devils have developed a habit for fighting back to win on the road, something they did at Goodison Park to join an exclusive group of Premier League clubs.

For more on this and all the must-know facts from the eighth round of fixtures, read below. To see the reports and key data for the matches, click on the results.

Brighton & Hove Albion had 19 shots, the most without scoring in a Premier League match this season. Their 12 first-half shots were the most they have ever managed in the opening 45 minutes of a fixture.

Southampton have won three consecutive Premier League matches for the first time since a four-match streak in May 2016 under Ronald Koeman.

This was Man Utd's 17th win at Goodison Park, a Premier League record for an away team at a specific venue. The Red Devils also became only the third team to win three successive PL away matches after conceding first, following Leeds United in October 1999 and Tottenham Hotspur in December 2013.

Crystal Palace scored at least four goals in a Premier League match for the first time in 46 contests, last doing so in a 5-3 win over AFC Bournemouth in May 2019.

Thiago Silva became the second-oldest player to score a first Premier League goal for Chelsea, at 36 years and 46 days. Only Glenn Hoddle was older, aged 36 years and 150 days.

Lukasz Fabianski has saved seven penalties since the start of 2016/17, three more than any other goalkeeper. His stop from Ademola Lookman was the latest penalty save in the Premier League since 2006/07.

Harry Kane has been directly involved in 27 goals across his last 14 starts for Tottenham Hotspur in all competitions, scoring 17 and assisting 10.

Jamie Vardy scored his first Premier League goal against Wolverhampton Wanderers, meaning he has now scored against 27 of the 30 teams he has faced in the competition, including all 19 other current sides.

Mohamed Salah has already scored eight goals, a joint-record for most by a Liverpool player after eight matches of a Premier League campaign. He matches the totals of Robbie Fowler in 1995/96 and Fernando Torres in 2009/10.

Aston Villa have become only the third Premier League club to win their opening three away matches without conceding a single goal, after Chelsea in 2005/06 and Manchester City in 2015/16.