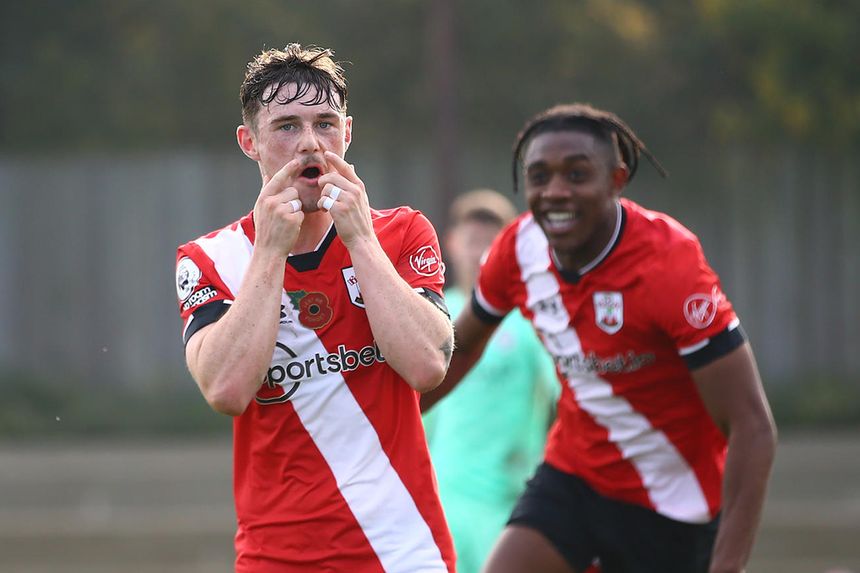 Watch the last week's best U23 and U18 goals, including brilliant skill from two Southampton players

A lovely backheel by Nathan Tella, 34 seconds into the video below, was finished off by an equally flamboyant finish from Will Ferry as Southampton ran out 5-2 winners over Manchester City in Premier League 2 Division 1.

Brandon Pierrick scored the pick of the goals as Crystal Palace defeated Reading 6-0, recording their third win in four matches in PL2 Division 2.

A brilliant run and pass by Anthony Gordon set up Tyler Onyango for Everton's second goal in their 2-0 Division 1 victory over Chelsea.

Midfielder Jensen Weir scored his first goals for Brighton & Hove Albion, following his summer move from Wigan Athletic, in a 5-2 defeat to Manchester United in Division 1.

🙌 @jensenweir with two in a minute in #PL2 to open his Albion account on Friday!#BHAFC 🔵⚪️ pic.twitter.com/4f9BjLa8Rp

Beautiful interplay between Joe Gelhardt and Liam McCarron ended with McCarron firing into the roof of the net for Leeds United at Newcastle United in Division 2, but three second-half goals earned the Magpies a 4-3 triumph.