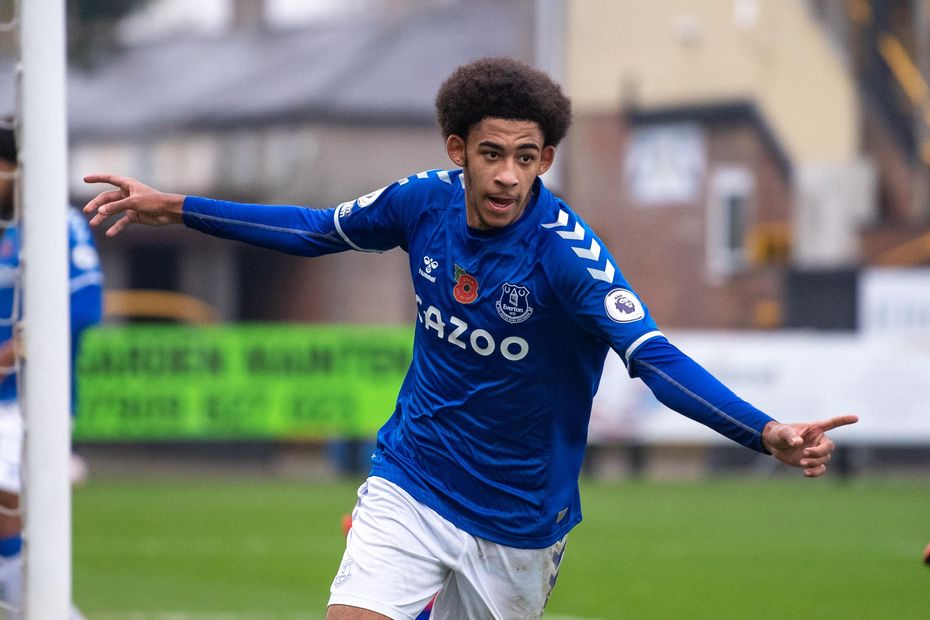 Everton recorded their third win of the season and moved up to seventh place in Division 1 thanks to second-half goals by Ellis Simms and Tyler Onyango against Chelsea.

Simms scored from close range after 55 minutes and Onyango, pictured, wrapped up the victory with a left-footed finish from Anthony Gordon's pass in a match that featured Jarrad Branthwaite's return from injury.

Elsewhere in Division 1, Tottenham Hotspur suffered their first defeat of the season as they lost 2-1 to leaders Derby County thanks to goals from Jack Stretton and Jahmal Hector-Ingram.

In Division 2, two goals by Mitchell Curry earned Sunderland a third successive win as they beat Wolverhampton Wanderers to move one point behind the top two teams, Middlesbrough and Leeds United, who both lost.