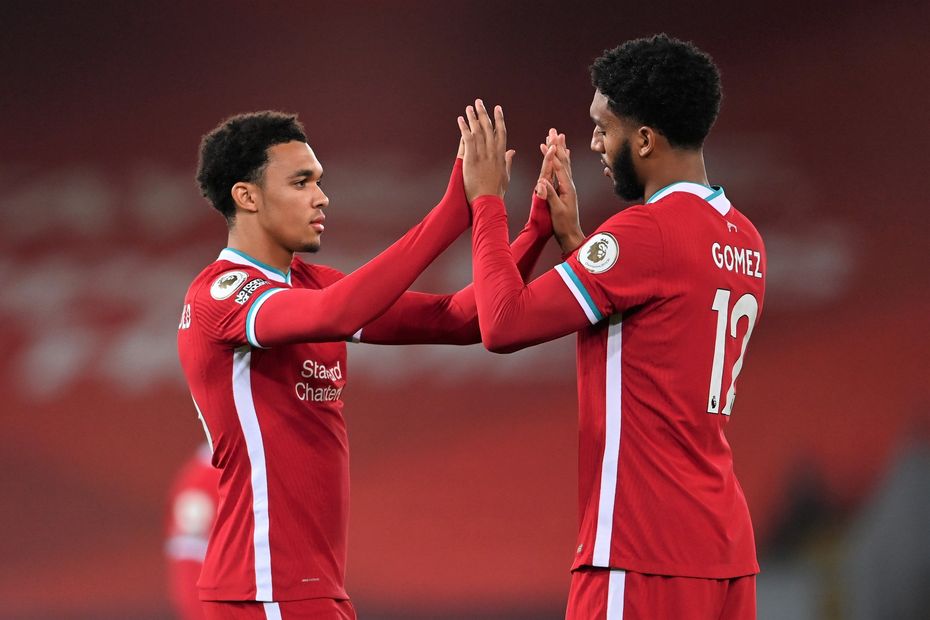 Liverpool do not have any attacking concerns ahead of their trip to Manchester City, scoring at least twice in every Premier League match.

Jurgen Klopp's side have attempted 27 more shots than any other team in the competition this season.

But what the champions must improve is their defending.

Liverpool let in the fewest goals in 2019/20, conceding on only 33 occasions.

Already this season they have let in 15, nearly half of that total, with 15, keeping only one clean sheet.

If Man City can rediscover the renowned attacking fluency under Pep Guardiola, they can expose Liverpool's deficiencies at the back just as they did in their 4-0 win in this fixture in July.

So far this season, half of the shots on target that Liverpool have faced have ended up in the back of their net.

That is a disappointing for their goalkeepers but it is also a reflection of the quality of chances they are offering up.

Only Manchester United and the three promoted clubs have conceded more big chances than Liverpool's 15.

To keep a talented Man City side at bay, Klopp's midfield and defence will need to improve their tactical discipline and concentration.

Meanwhile, keeping the ball would help to relieve pressure on their backline.

Liverpool had 61.3 per cent of the possession in an excellent 2-0 win at Chelsea, limiting the hosts to just five shots. A similar approach would be wise at the Etihad Stadium.

Liverpool are pressing very well from the front, winning possession inside the final third more than anyone else.

The success of their pressing is confirmed by the metric PPDA, which measures the number of passes opposing teams average before you disrupt their possession with a defensive action. Klopp’s men are limiting opponents to 10.2 passes on average, second behind Leeds United.

It is when opponents beat the press that the problems occur. And when you study the goals Liverpool are conceding, patterns emerge.

Firstly, they have not been compact enough between the three outfield positions.

Everton played through the thirds far too comfortably in the build-up to Dominic Calvert-Lewin's equaliser in the Merseyside derby, just as Arsenal did for Alexandre Lacazette's goal at Anfield.

Leeds and Aston Villa have both scored goals in this manner, with central midfielders getting time and space to clip passes beyond a flat-looking Liverpool defence.

Thirdly, there have been too many individual mistakes.

Virgil van Dijk made a rare error on the opening weekend when Patrick Bamford scored, while a loose Adrian pass gifted Villa a goal in Matchweek 4.

Liverpool must defend with far more focus if they are to avenge a Man City side who put four goals past them after giving the champions a guard of honour last season.

If they can start keeping clean sheets, it will make a successful title defence more likely.

Part 2: Can Adams step up in absence of Ings?
Part 3: Width can ease burden on Fernandes and Rashford
Part 4: Grealish can threaten Arsenal's solid defence