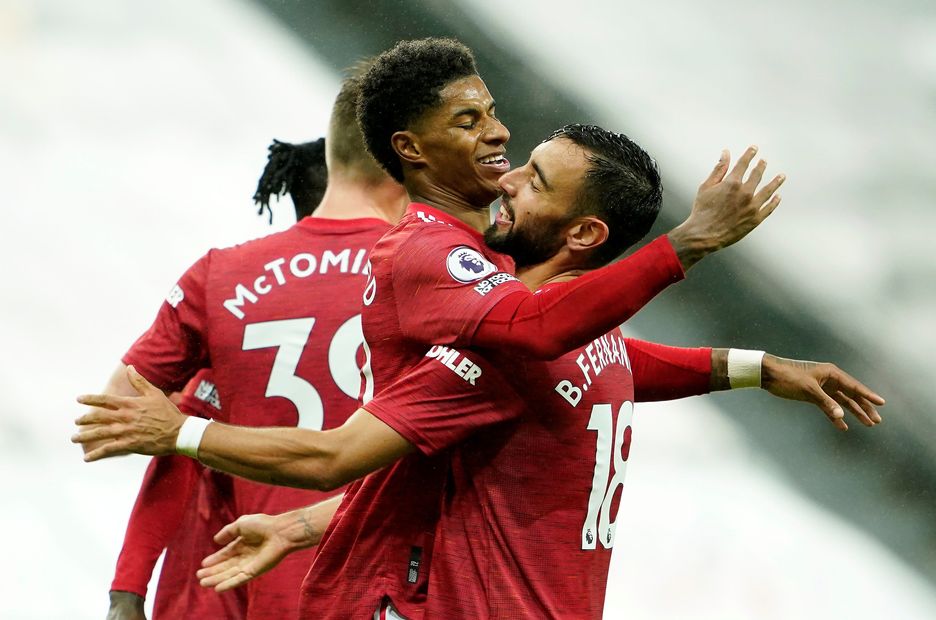 Manchester United must become less reliant on the brilliance of Bruno Fernandes and Marcus Rashford as they prepare for Saturday's trip to Everton.

One of the star duo has been directly involved in six of the nine Premier League goals scored by Man Utd this season.

Rashford and Fernandes are also responsible for 14 of Man Utd’s 29 shots on target and 43 per cent of the chances the team has created from open play.

If opponents can successfully nullify them, as Arsenal did at Old Trafford last weekend, it significantly improves their prospects of beating Ole Gunnar Solskjaer’s side.

Everton will build a game plan that attempts to limit their threat, so Man Utd’s other players must step up and ease the creative burden.

Until now Juan Mata is the only other Man Utd player with an assist to his name this season, which is a concern.

It will be fascinating to see how Carlo Ancelotti tries to contain Fernandes.

Arsenal were aggressive in their approach, particularly during the first half of their 1-0 win at Old Trafford, boxing the hosts into their own half to good effect.

They got tight to attacking duo Rashford and Mason Greenwood, keeping the space between the lines congested.

This is one way of forcing playmaker Fernandes to go deep into his own half for the ball.

It is a tactic that Everton's new-look midfield is assertive enough to replicate.

The Brazilian is an aggressive defensive midfielder who will not be afraid to make challenges on the Portuguese.

If the 29-year-old can force Fernandes to show for the ball out wide or inside his own half, it will dent his creative impact.

It will make sense for Everton to pack central areas with blue shirts on Saturday.

Screening service into Fernandes and the forwards beyond him will be important, and based on recent form Solskjaer’s men are struggling to hurt teams from wide areas.

Fernandes has delivered three of United's six successful crosses in open play, with Greenwood, Luke Shaw and Timothy Fosu-Mensah supplying the others.

United’s combination play and productivity down the flanks needs to improve significantly.

Anthony Martial scored a header from a terrific Shaw cross in the UEFA Champions League in midweek, but in general they do not supply enough of that quality from the wings.

Edinson Cavani is the type of striker who thrives on balls flashed across the face of goal, so it is an area of weakness that is worth developing.

A number of Man Utd’s players need to improve their end product inside the final third.

Relying on moments of magic from Rashford and Fernandes is not sustainable over the course of a campaign.

Part 1: How Liverpool can get defence back on track at Man City
Part 2: Can Adams step up in absence of Ings?
Part 4: Grealish can threaten Arsenal's solid defence