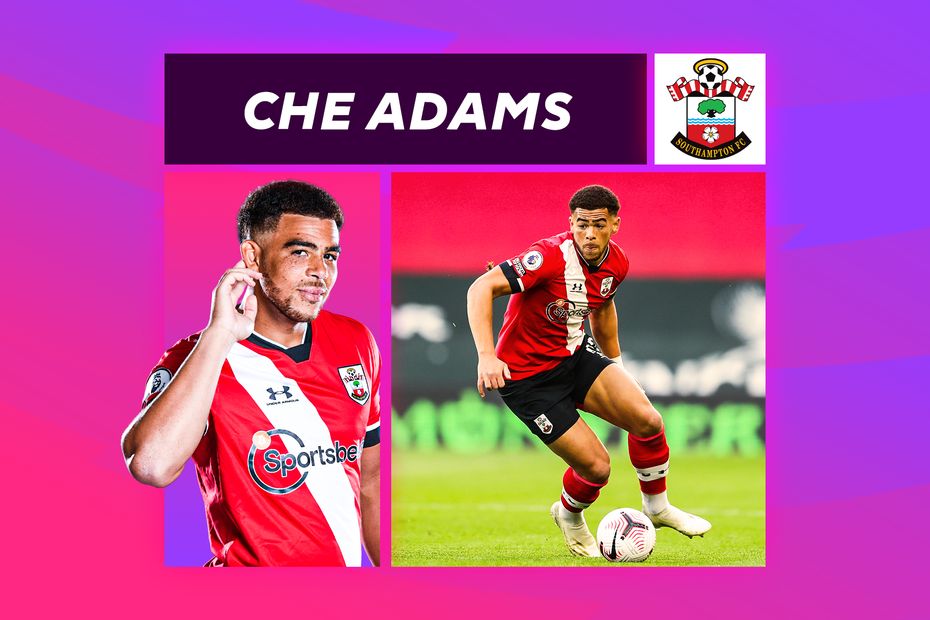 Che Adams has stepped up to become a regular starter at Southampton this season but his next challenge is to be their main goalscorer in the absence of Danny Ings.

The 24-year-old has been in excellent form as an unselfish foil to strike partner Ings, who faces up to six weeks out with a knee injury.

Ings's absence is a blow as Ralph Hasenhuttl will have been delighted with the chemistry the duo were developing.

Adams holds the ball up well as a target man, giving Ings the freedom to roam. This roving role has helped Ings deliver five goals and two assists in the opening seven matches.

Former Birmingham City striker Adams also has terrific energy and movement but as the junior partner he has had to adapt his game.

All eyes will now be on him to see how he fills the boots of 28-year-old Ings in Friday's home match with Newcastle United, which if Southampton win will put them top of the table.

How Adams and Ings compare

Adams certainly has the skillset to test opposition defenders in a similar way to Ings.

He is strong, mobile and makes sharp runs inside the final third. He is also a striker who consistently gets on the end of half-chances.

His 2.93 shots per 90 minutes in his debut Premier League season last term proved almost identical to the 2.98 averaged by Ings.

However, Adams still has a way to go when it comes to matching his strike partner's conversion rate.

During 2019/20, both players spurned eight big chances apiece but this season Adams has missed four already compared with the one of Ings.

If he can discover a more clinical edge in front of goal Saints may not suffer too much without their leading marksman.

Newcastle will also be wary of the set-piece threat posed by James Ward-Prowse.

The midfielder netted a pair of sensational direct free-kicks and got an assist at Aston Villa last weekend.

So giving fouls away inside their own defensive third could spell trouble for Newcastle.

Ward-Prowse is in outstanding form and will also want to be Southampton's main man in the absence of Ings.

Part 1: How Liverpool can get defence back on track at Man City
Part 3: Width can ease burden on Fernandes and Rashford
Part 4: Grealish can threaten Arsenal's solid defence