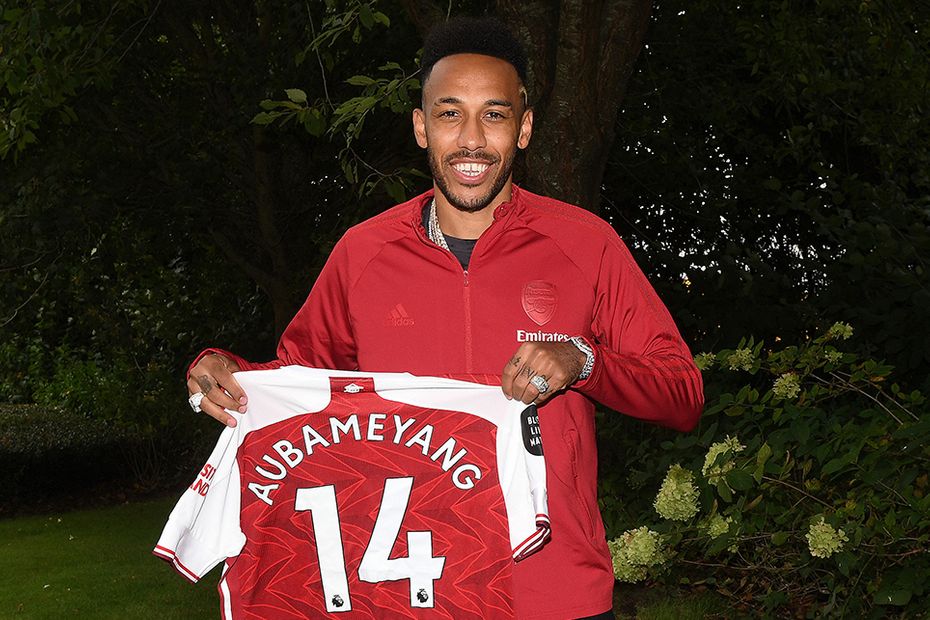 To mark Black History Month, Pierre-Emerick Aubameyang has donated one of his Arsenal shirts to the Museum of London.

The Arsenal captain's shirt from last season features the Black Lives Matter logo on the sleeve as the Premier League, players and clubs stood together with the football family and all those who oppose discrimination in any form.

💬 "I am proud to be the latest black player to captain Arsenal."

The donation will feature in the museum's Collecting COVID project, which documents the Black Lives Matter movement and protests that took place in London this year.

Aubameyang hopes it will act as an inspiration to the young.

"I am proud to be the latest black player to captain Arsenal and it's an honour to have the opportunity to donate my Black Lives Matter shirt," Aubameyang told the club's official website.

"I hope this will be remembered as the moment that football stood against all forms of racism and that it will inspire young people for the future."

"Aubameyang’s jersey will join these items to act as an important reflection and response to Black Lives Matter as a movement and its resonance through London and its people," Museum of London digital curator Foteini Aravan said.

"Arsenal has always served to create a sense of community for people in north London, across the UK and around the world from their first match in 1886 to now being one of London's most successful football clubs."