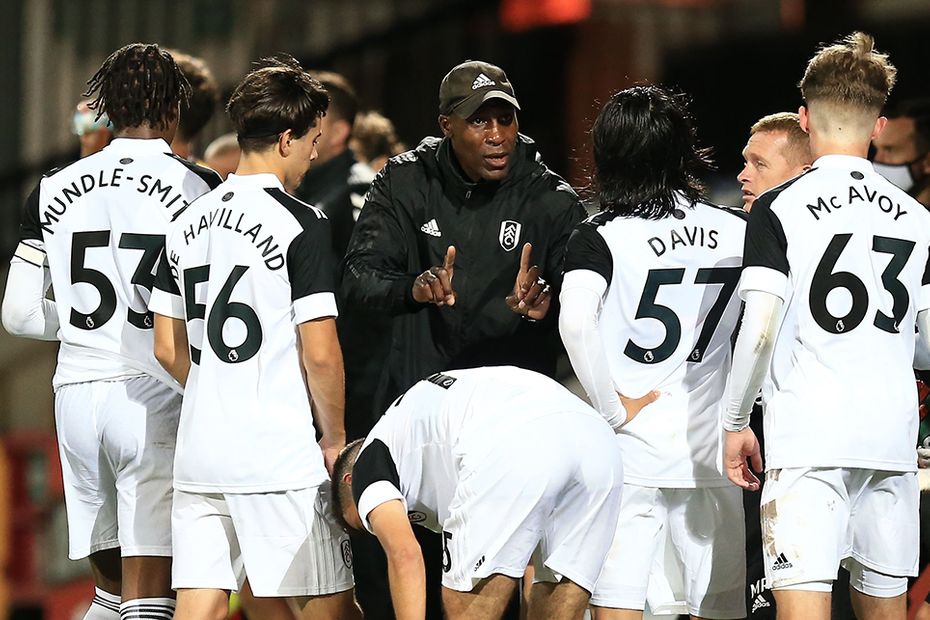 As the joint head coach of Fulham's Under-23 squad, Colin Omogbehin plays a pivotal role in inspiring and guiding the next generation of players at the club.

And to mark Black History Month, Omogbehin has spoken about his career in football to help inspire young and aspiring Black, Asian and Minority Ethnic (BAME) coaches to follow in his footsteps.

"My message [to young coaches] would be to keep working hard and keep believing," he tells the club's official website. "Under no circumstances give up.

"I truly believe, with what's going on now, there will be changes. There will be more opportunities and you will see more black, Afro-Caribbean, ethnic minority coaches working in positions of leadership where they can have a real impact. There are so many talented coaches out there.

"Keep being strong, keep believing and be the builder of your own destiny."

Omogbehin has been coaching since he was 24 years old, after a knee injury prematurely ended his playing career.

After starting as a community coach at Crystal Palace, he was given an opportunity with Fulham in 2009 where he has been ever since.

And he is working to support young BAME coaches who are looking to break into coaching.

"I've always had to work hard to prove my worth, and I've done that, but it was definitely harder," he says. "All I'm asking for is just making sure it's an equal and fair chance for everyone. We just want equality."

His achievements were recognised last year when he was honoured at the Football Black List awards, which celebrates people of African and Caribbean heritage working in the game and is supported by the Premier League.

"It was a proud moment, not just for myself but for my family," he says. "They’ve been with me on this journey for 20+ years in coaching and managing.

"And also my friends and the players both past and present. Not just the players who have gone on and had careers in the game but also players who haven't quite had that success but have turned out to be good young men. This award is as much for them as it is for myself."