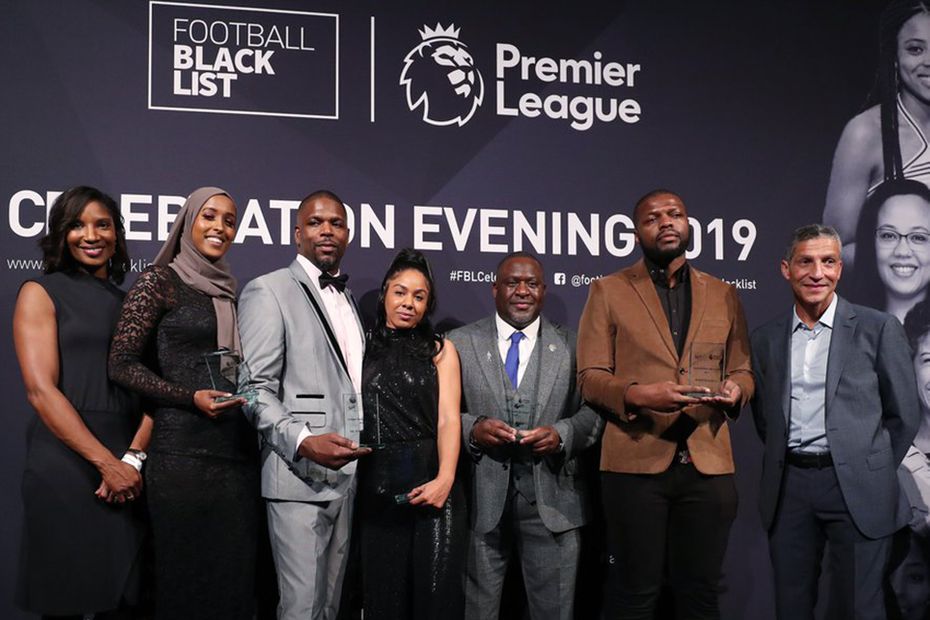 'Football Black List is a celebration of achievement'
Spurs look to past, present and future for Black History Month
Premier League celebrates equality and diversity

The Premier League has for a number of years been a proud supporter of the Football Black List awards, which celebrates people of African and Caribbean heritage working in the game.

Black players have made a significant impact to the history of the Premier League on the pitch, something we are celebrating during Black History Month.

But there are also a growing number of pioneers working across football off the pitch, from the professional level to the grassroots game.

The annual Football Black List awards event shines a light on those inspiring the next generation to consider other roles in the sport.

"Black excellence has played a major part in the success of the game here in England and across the globe. We are delighted to stand together with the football family to celebrate those contributions and encourage greater diversity in all parts of football. We can't wait to see who makes the list this year."

The awards recognise those working in areas including administration, community, media, coaching and commercial departments across the game.

"The alliance with the Premier League took the FBL to another level," says Football Black List co-founder Rodney Hinds. "To have such a global brand back our ambitions has been sensational and a real confidence boost.

"Heartfelt thanks to the Premier League as we look to ensure that our community's growing contribution to the beautiful game continues to be recognised."

Nominations for this year's awards are open until 23 October and can be submitted on the Football Black List website.

Need some help? Have a watch of the video below ⬇️