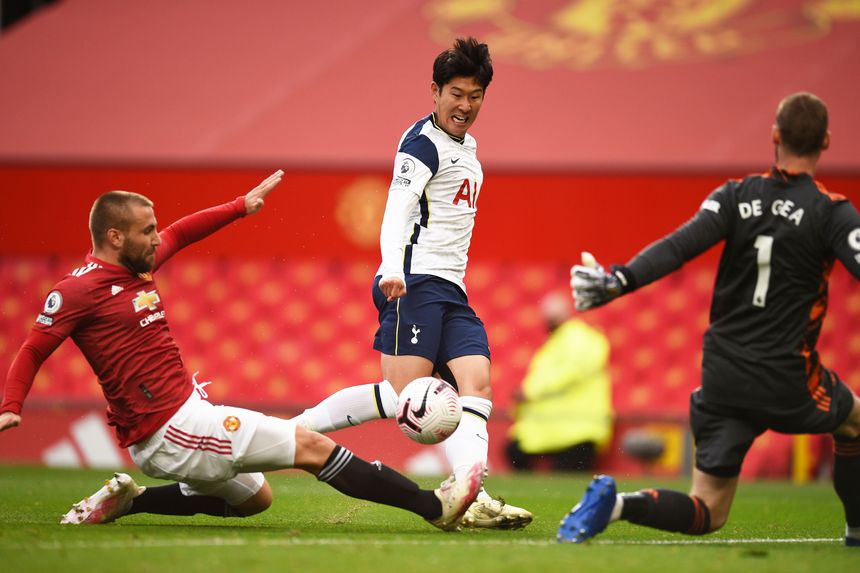 Nearly 1.4million managers sold the Spurs winger after his GW3 injury but he started at Man Utd and claimed two goals and an assist

Son Heung-min (£9.0m) made nearly 1.4million Fantasy Premier League managers regret selling him for Gameweek 4 as he overcame an injury to score twice and claim an assist.

The Tottenham Hotspur midfielder, who was withdrawn at half-time with a hamstring injury against Newcastle United in Gameweek 3, recovered enough to start and play a starring role in their 6-1 victory at Manchester United.

He was the most popular transfer out in GW4 and clocked up his second big haul of the season after scoring four times on his way to 24 points at Southampton in Gameweek 2.

The second-most popular player to sell was Timo Werner (£9.4m).

The 728,000+ managers who ditched the forward will be feeling justified after the German blanked for the third successive Gameweek despite Chelsea scoring four goals against Crystal Palace.

Sadio Mane (£11.9m) was sold by more than 346,000 after Liverpool announced on Friday evening the player had tested positive for COVID-19.

For the first time this season, Mohamed Salah (£12.2m) was the most-captained player in FPL.

And the 1.2million managers who backed the Egyptian with the armband for Gameweek 4 will have been relieved as his two goals in Liverpool's stunning 7-2 defeat at Aston Villa earned him 13 points.

More than a million selected Kevin De Bruyne (£11.7m) for Manchester City's trip to Leeds United but he blanked after striking a post early on.

Pierre-Emerick Aubameyang (£11.9m) completed the top three most-captained players but his backers were left disappointed after he managed only two points in Arsenal's 2-1 home win over Sheffield United.

Raul Jimenez (£8.6m) replaced Aubameyang in the estimation of the leading FPL managers but, like the Gabonese, he too blanked on Sunday even though Wolverhampton Wanderers beat Fulham 1-0.

And the Everton striker continued his run of scoring in every Premier League match this season with a goal against Brighton & Hove Albion.

Team-mate James Rodriguez (£7.8m) was the second-most bought player and rewarded his new owners with two goals and an assist.

The Leicester City full-back entered the Gameweek as the top-scoring defender, courtesy of three assists, one goal and one clean sheet, but could only manage one point in a 3-0 home defeat to West Ham United.