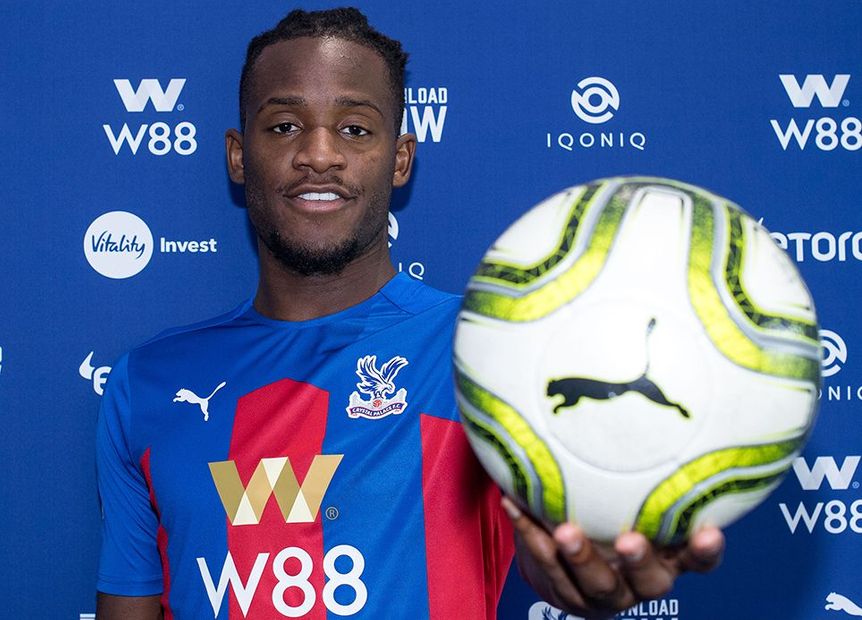 Crystal Palace have strengthened their strikeforce by signing Michy Batshuayi on a season-long from Chelsea.

Batshuayi returns to Palace for a second loan spell after scoring five goals in 11 appearances for the Eagles in the second half of the 2018/19 season.

"I feel like I'm home now, so it's good," Batshuayi, who reclaims the No 23 shirt, told Palace's official website. "But I need to do a good season here, to work a lot with my team-mates and I want to do my best here."

The 26-year-old forward joined Chelsea in 2016, scoring eight PL goals, including the winner at West Bromwich Albion that clinched the Blues' fifth Premier League title in May 2017.

Batshuayi, who struck his 17th and 18th international goals for Belgium against Iceland on Tuesday, is eligible to play for Palace in their opening match of the season, at home to Southampton on Saturday.