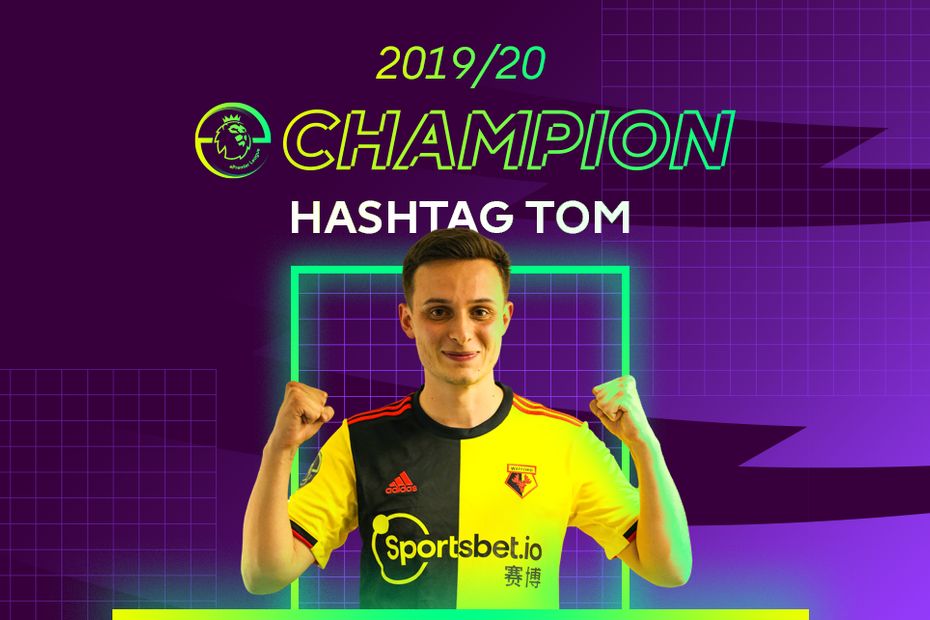 PlayStation4 champion Hashtag Tom put Watford ahead in the first leg on his "home console" with a well-taken Roberto Firmino goal.

But he was unable to extend his lead as Xbox champion Marley, who had knocked out the reigning champion Liverpool's Donovan "Fnatic Tekkz" Hunt in the previous round, stood firm, with the dream of a first major trophy still alive for both players.

Hashtag Tom made light of any supposed disadvantage in the second leg on Xbox One, however, making it 2-0 through a Paul Pogba strike.

This is what it means to be #ePL champion!