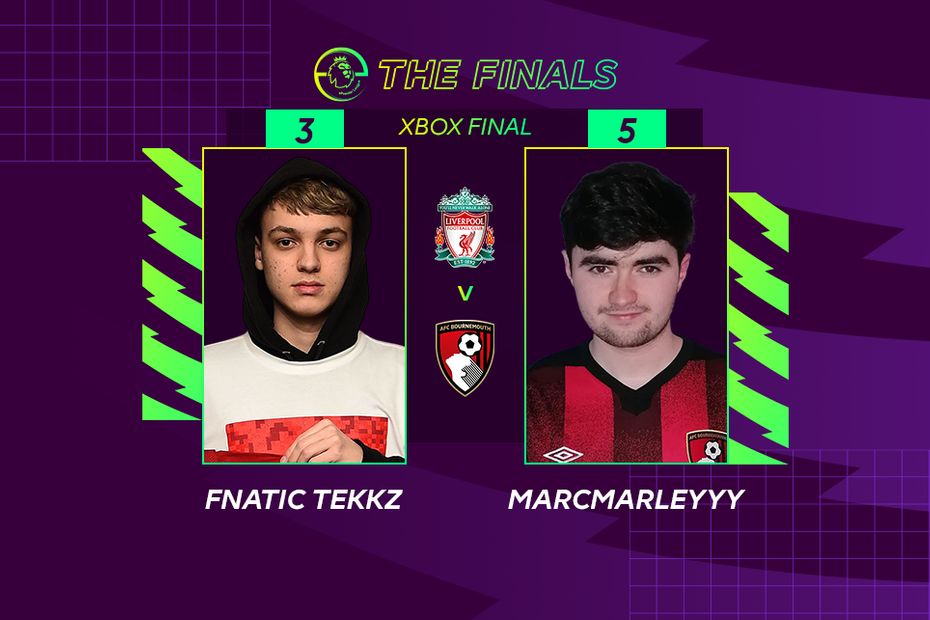 There will be a new name on the ePremier League trophy after the defending champion, Liverpool's Donovan "Fnatic Tekkz" Hunt, suffered a shock defeat by Marc "MarcMarleyyy" Marley in the Xbox One final.

Marley, playing for AFC Bournemouth, will face Thomas "Hashtag Tom" Leese in the 2019/20 ePL Grand Final after a 5-3 aggregate win.

In a tense first leg, Marley, who is joint-45th in the global Xbox rankings, led through a Roberto Firmino goal, only to be pegged back by a terrific Trezeguet strike for Tekkz.

The Egyptian would prove to be pivotal for Marley in the second leg, scoring a hat-trick as Marley held off the defending champion to book his place in the cross-console final.

"I always believed in my abilities going forward," Marley said. "I was confident I could cause the upset.

"I’ve never played Tom because I’m Xbox and he’s PlayStation, but I’ll try and play my own game."

As for World No 1 Tekkz, he has set his sights on regaining his crown in next year's competition.

"If you offered me to get to the final of ePL I’d have taken it," Tekkz said. "Hopefully next year I’ll be able to win."