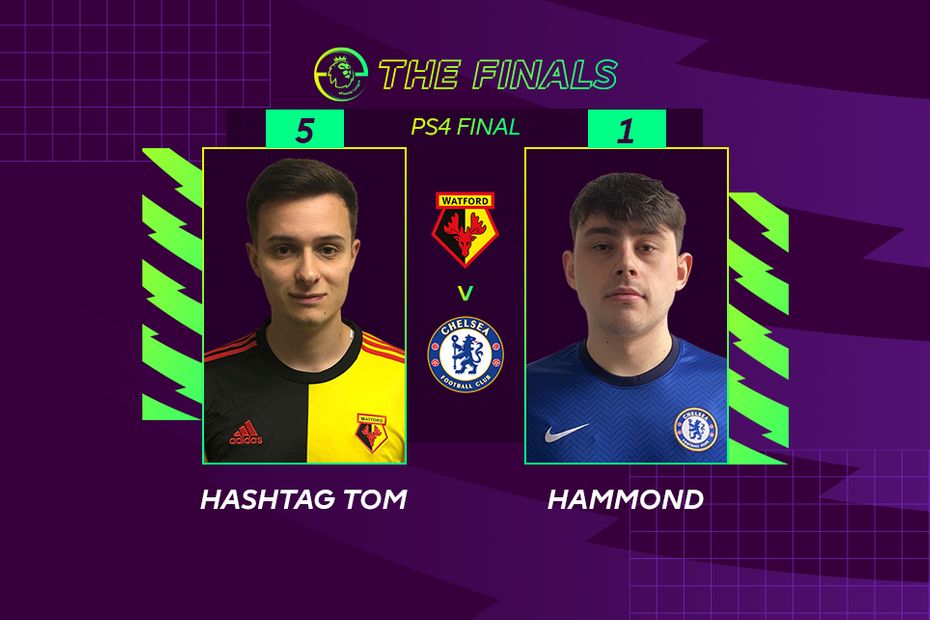 A 2-0 victory over Chelsea in the first leg thanks to a double by Roberto Firmino set the 21-year-old on his way.

He followed that up with a 3-1 win in the second leg, including a stunning strike by Kevin De Bruyne, ending a remarkable journey for Hammond, who sits 1,113th in the global PS4 rankings.

"This is my first competitive season," Hammond said. "I was just happy to be in the final. Just to represent Chelsea was unbelievable."

"I don't mind who I get in the final," Hashtag Tom said. "Half of me wants Tekkz because we're really good mates but the other half doesn't want to play him!

"Whoever I play, bring it on."

The #ePL Grand Final awaits 🙌@HashtagTom_ with a stunning 5-1 win over @KyleHammondFIFA in the PS4 final pic.twitter.com/eFr99R6TLK