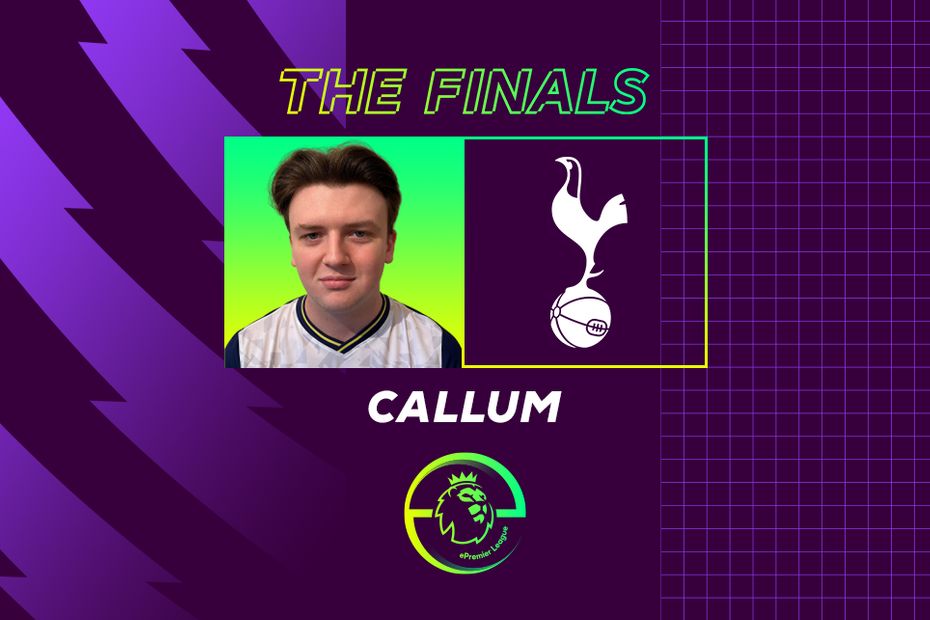 Nineteen-year-old Callum, from Chelmsford, may only have been playing FIFA competitively for just over a year, but he has already proved himself to be a highly accomplished player.

A lifelong Spurs fan, he has been putting in plenty of practice during the COVID-19 pandemic.

He will hope it pays off when he comes up against Watford's Thomas "HashtagTom_" Leese in the Playstation 4 semi-finals.

Get to know Callum

How important are Spurs to you?
Representing Spurs is very important to me. I've been a fan for as long as I can remember and have been going to games since a very young age. To represent the team I support feels amazing and makes me proud.

Who's your favourite player, both in the game and in real life?
In the game, it would have to be 99-rated Team of the Season Kevin De Bruyne. He can play just about anywhere on the pitch. In real life, my favourite player is Harry Kane. I think he's the most complete striker in football now, and he's a role model both on and off the pitch.

If you could meet one current Spurs player, who would it be and what would you say to them?
I would love to hear about Kane's journey to the top from a personal perspective.

What's been the most exciting part of being part of the ePL?
Going to the stadium and having a tour before the offline qualifiers and also winning was great!

What's been your most memorable match of the tournament so far?
My quarter-final against Burnley's Tom Stokes. It was a very end-to-end game and to beat someone of his calibre was a great feeling.

Which team would you most like to beat in the finals?
Arsenal due to the local rivalry.