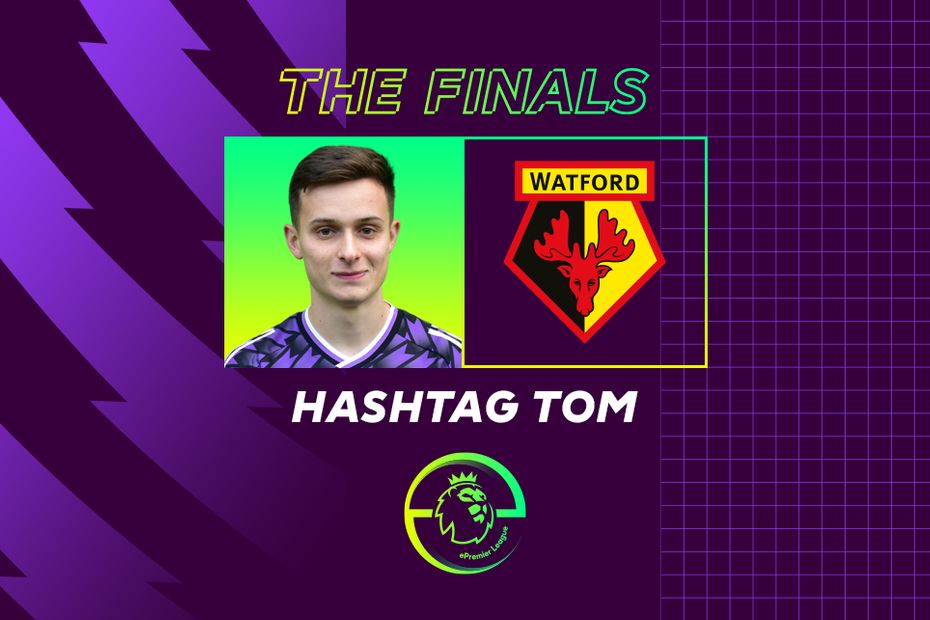 Thomas, 21, hails from Hertfordshire and is ranked No 3 in the world on PS4. He is looking forward to playing in the final stages of this year's ePL after missing out in the inaugural season.

He says watching Donovan "Fnatic Tekkz" Hunt score in the 120th minute of last season's Xbox One console final was the most memorable match of ePL to date.

If Thomas reaches the cross-console grand final, he could meet the reigning champion. But first he must get past Tottenham Hotspur's Callum "Callumityy" Moore in the Playstation 4 semi-finals.

Get to know Thomas

What first got you into the game?
My older brother played FIFA so I ended up just playing against him all the time. We both enjoyed watching and playing football so FIFA was just another part of it.

If you could meet one current Watford player, who would it be and what would you say to them?
Troy Deeney as I respect his attitude a lot. His story is different to your normal professional footballer so I would be interested in getting to know him and understanding him better. He's also not scared to speak his mind, which I admire!

What's been your most memorable match of the tournament so far?
My favourite match was the one to qualify this season. I beat DD7CK 3-1 in the final and played really well.

Who's your favourite player, both in the game and in real life?
My favourite player in FIFA 20 from the Premier League would be Team of the Year Trent Alexander-Arnold (95-rated). He's the best full-back in FIFA and is solid defensively while also being able to attack really well.

What's been the most exciting part of being involved in ePL?
Representing big football clubs. It's good to see your friends succeeding too and playing for massive Premier League clubs.