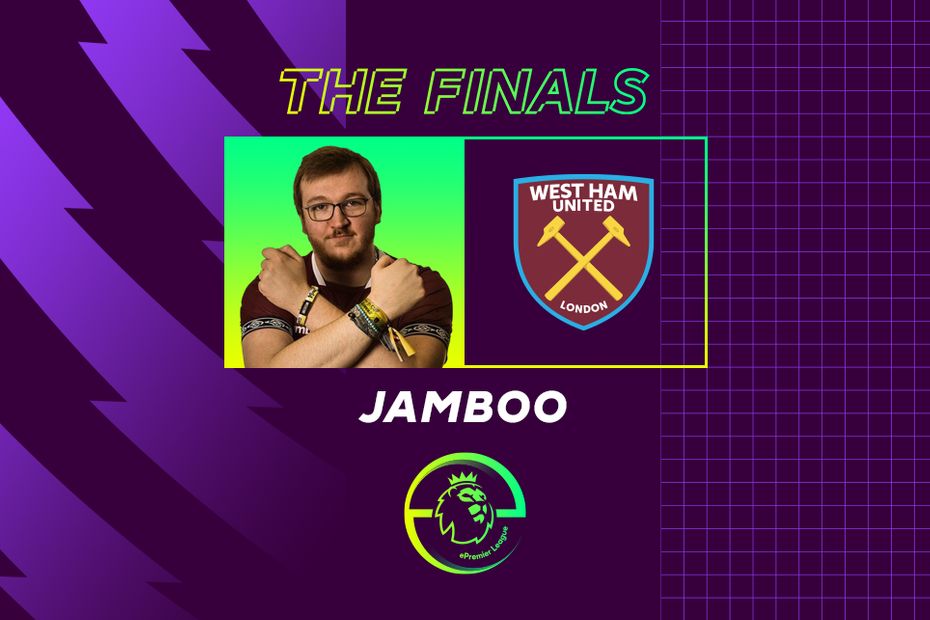 Jamie is from Milton Keynes and has been playing EA SPORTS FIFA professionally for three years, having left his full-time job to play the game he loves.

The 24-year-old qualified for the ePremier League finals with the last kick of the club playoff final match and is now aiming to replicate that victory on the biggest stage.

He will face the defending ePL champion Donovan "Fnatic Tekkz" Hunt, who is representing Liverpool, in the Xbox One semi-finals.

Get to know Jamie

What first got you into the game?
The love of football.

How important are West Ham to you?
They're the club I have played for now for three years. I want to do everything I can to repay the faith they have put in me.

How does it feel representing your club at the ePL finals, and maybe winning a championship for them?
It would be the dream. To go down in the club's history for playing FIFA would be special.

If you could meet one current West Ham player, who would it be and what would you say to them?
Mark Noble, to ask how it feels to be idolised by an entire fanbase and be a living club legend.

Which team would you most like to beat in the finals?
Spurs - one for the West Ham fans to enjoy.

Who's your favourite player, both in the game and in real life?
In-game, Eden Hazard. In real life, Lionel Messi.

What's been the most exciting part of being part of the ePL?
Working alongside the Premier League doing what I love doing.