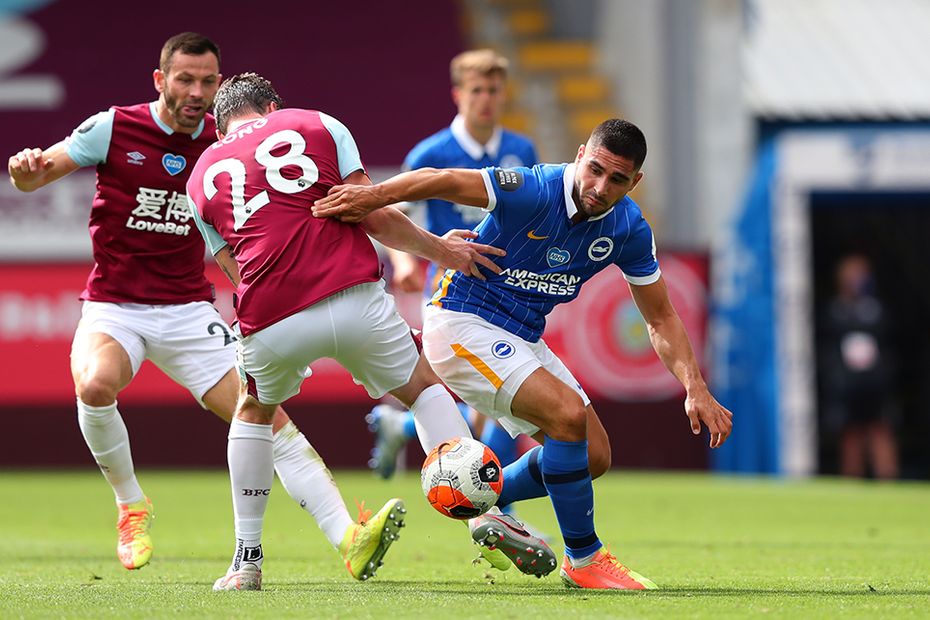 The Scout assesses a handful of options including Brighton frontman, who was one of the most threatening strikers in the 2019/20 game

Although Maupay ranked only 13th among forwards with his total points tally of 131, his underlying numbers were far more encouraging.

His total of 96 shots placed fourth, while his 73 shots in the penalty area and 38 shots on target ranked eighth and sixth respectively.

If he can improve his 10.4 per cent goal conversion rate, Maupay can be among the best-value forwards in 2020/21 FPL.

Burnley’s frontman enjoyed his most prolific season to date, scoring 14 goals to claim a career-high 136 points.

After breaking the 130-point barrier in back-to-back campaigns, Wood is a strong option in the sub-£7.0m bracket.

Although a blank Gameweek 1 dents Wood’s initial appeal, Burnley still have a favourable opening schedule, following the release of the 2020/21 fixtures.

According to the Fixture Difficulty Ratings (FDR), seven of their first eight matches score no more than three.

Mitrovic was the Cottagers’ main goal threat by some margin.

His total of 151 shots ranked second in the Championship and was at least 70 more than any team-mate.

Fulham have one of the kindest runs of opponents from the start, with six of their first nine matches scoring just two in the FDR.

That has helped raise Mitrovic’s ownership to 29.7 per cent, making him the second-most popular forward in the game.

The West Ham United attacker has been reclassified from an FPL midfielder to a forward after starring up front in 2019/20.

Despite being restricted to just 24 appearances due to injury, Antonio still scored 10 goals last term.

But the Hammers’ opening schedule is one of the toughest. They face six of last season’s top eight sides in the first seven Gameweeks.

Bamford is one of the cheapest starting forwards in the game.

Similarly to Mitrovic, he was the standout threat for his side.

Bamford’s 128 shots in the penalty area and 56 shots on target were both more than double any other player for Marcelo Bielsa's side in 2019/20.