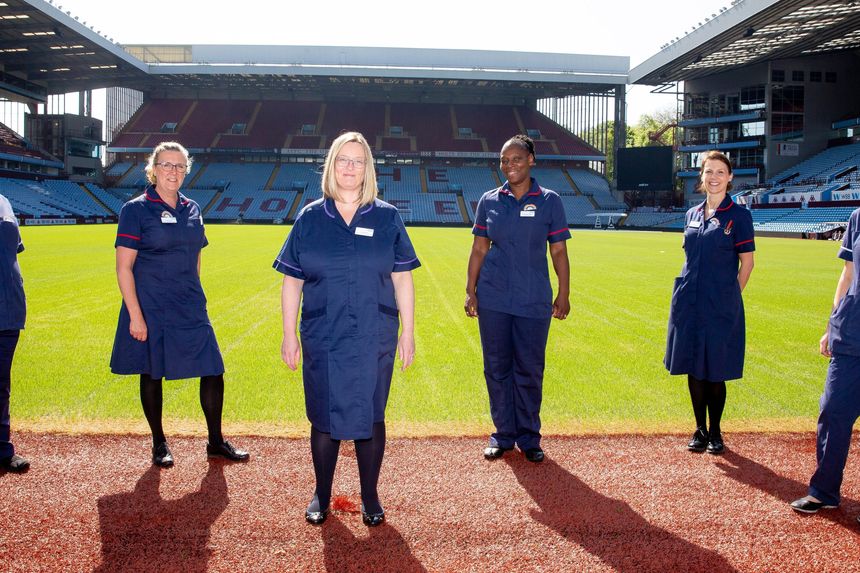 Learn how Aston Villa lent their support to Sandwell and West Birmingham NHS Trust during the pandemic.

The support of Aston Villa in providing a central hub for maternity care at Villa Park was welcomed by the Sandwell and West Birmingham NHS Trust during the COVID-19 crisis, and it was just one of the ways in which the club helped others.

Deputy Director of Midwifery Louise Wilde is an Aston Villa season-ticket holder and she was amazed at how quickly the club offered their help.

"They came back within about an hour of me sending an email and within two days we were up and running," Louise said.

Every day, between 25 and 30 women attended appointments at the stadium as staff from the nearby Sandwell and West Birmingham NHS Trust offered their expertise in a safe and welcoming environment.